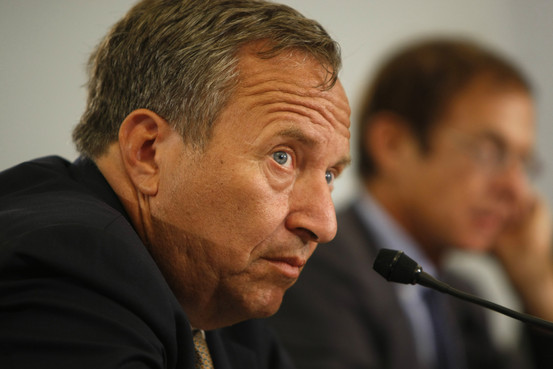 Larry Summers, the father of NEGATIVE INTEREST RATES, is so against a free society and looks upon us as dumb cattle to be herded and corralled for his pleasure. His ideas are just beyond belief. Now Mr. Pro-Government-Anti-Democracy is advocating killing the $100 bill. He is moving to electronic money so that government can get all the taxes it ever dreamed of. We are rapidly being converted from milk cows to just beef cows. This is creating a completely totalitarian future. With people like this who never had a real job but knows how to dictate to the world, our future looks very bleak.

Summers actually reveals this is really about taxes by arguing that the U.S. government should stop issuing new $100 bills and recall the old ones out of circulation. Keep in mind the government will comply because this is the balloon he is floating at their direction and the press cheers our demise. There is nobody in the press willing to call him out. They prefer to lick the ground he walks on. They give him air-time because that is their role.

Summers went further and suggested that even the $50 bill should be examined. In support of the ECB ending the €500 note, he slandered Luxembourg who objects to ending the €500 note by saying that this minuscule country has a “long and unsavory tradition of giving comfort to tax evaders, money launderers, and other proponents of bank secrecy.”

This proves that withdrawing the €500 note in Europe and the $100 and $50 bills in the U.S. is all about taxes — not crime or terrorism. They are moving to end money as we know it. The problem is that the $100 bill circulates predominantly OUTSIDE the USA. They will take a step closer to eliminating the dollar as the reserve currency, and eventually we will end up with a new one-world currency as early as 2018 but probably by 2020. This is really part of the 2017 G20 accord to tax everyone everywhere.

Thank you Mr. Summers for your persistent dedication to eliminating our freedom and converting the world into a giant totalitarian state, despite admitting the government is incapable of forecasting the business cycle. That means that they are too blind to even comprehend the consequences of their actions today. 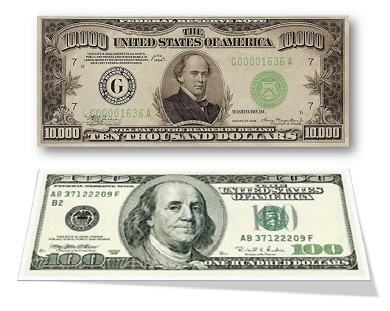 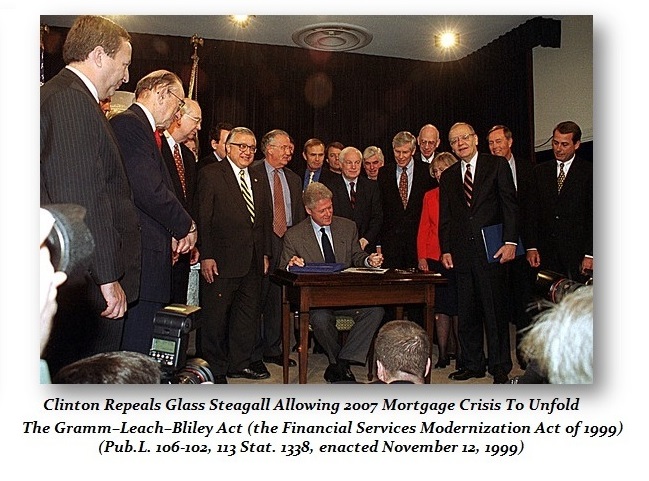 TIP: Swap your $100 notes in the sock-drawer for $20s. We went from $10,000 to $100 without terrorists or money laundering laws (which now means hiding money from government). Summers will take us down to $1 at best and he wants that gone as well. This guy should be in prison for what he has done to society. He was the cheerleader to get rid of Glass Steagall under the Clintons.

Summers is in the top 10 people who have created the destruction of all our rights and the world economy. The press treat him as royalty. In my book, he is in the class of Adolf Hitler within the Financial arena. Hitler actually began terminating the handicapped because they were a burden to the state. They happened to be veterans from WWI. This is the same attitude of Summers. Eliminate all our rights for his efficient mind to be at peace. What happens when he controls everything, and government is still unable to survive? He will be first among the elite to advocate sending in troops to hunt anyone who dissents from his will. Yes I am being harsh. But this guy has ZERO respect for that cattle he sees out his window any more than Germany terminating veterans because it was a burden to take care of them. Our society which he cannot figure out how it works because he admits it is too “complex” for his mind, never prevents him from trying to manipulate us to his desire. He seems more like a two-year old who gets mad they cannot play with a toy and do not like to share. If the economy is too complex to forecast, it is too complex for his manipulation games.

The Dollar High – Real or Adjusted?

2017 is Looking More Optimistic Than Ever