BREXIT Reality or a Manipulated Outcome?

London 23rd Feb, it is very sad, I cannot find one main stream news outlet that is backing a Brexit. They are all preaching fear, even Boris is not campaigning hard (yet only I hope) and the BBC which is meant to be unbiased is clearly Pro EU.

Is this the sound of all the irrelevant politicians, newsstands, unelected bureaucrats, top civil servants trying to save their jobs. I really hope the pendulum swing is big enough this time, what is the wait otherwise?

ANSWER: I use to live in London in Kensington. It is my favorite city. It pains me deeply to see what is unfolding. I have many friends in London and use to stop by Margaret Thatcher’s home to say hello. Of course, the mainstream press will be backing the politicians who support staying in the EU. They join with the politicians to keep government intact. I am glad Maggie is not here to witness this. Britain receives no benefit from being inside the EU, yet gets all the garbage. This is exactly what Thatcher was against — the political union. Brussels has not been about an economic union; it is about a political union with central power.

Cameron can claim it’s the best of both worlds to stay in the EU, but Brussels demands the surrender of sovereignty behind closed doors. A little more than 15% of all laws in Britain come from Brussels (see: study of London School of Economics). Yes, there are claims attributing that 84% of laws come from Brussels. That comes from a reply by Alfred Hartenbach Parliamentary Undersecretary of the German Parliament given on April 29, 2005, which was limited to Germany. He stated that from 1998 until 2004, some 18,187 EU regulations and 750 EU directives were adopted in Germany whereas the German Parliament passed, in total, only 1,195 laws (as well as 3,055 “Rechtsverordnungen” – which are like Primary and Secondary legislation). This produced the figure of 84%, which has been bantered about.

Nevertheless, the real clash is not the number of laws, but their subject matter. All it takes is just one law to ruin the economy. Agriculture will certainly be detrimental to farmers, but Brussels wants to outlaw short selling and control the financial markets that are going against them. Their fundamental authoritarian belief is to force the markets to comply with their demands no matter how unreasonable they might be. The European Parliament was pushing to fast-track powers to ban short selling of government debt by early 2011 against the interests of Britain as it would end a free market system. Clearly, the thinking process in Brussels is anti-democratic in every step of the way. This notion of outlawing short selling to stop the markets declining against them is preposterous. It would only fester and destroy London as a financial hub in the world economy. The demise of the London Stock Exchange cannot be ruled out come 2025. That will be 224 years from its founding in 1801. At the very least, we will see a major upheaval and things will change dramatically for them. 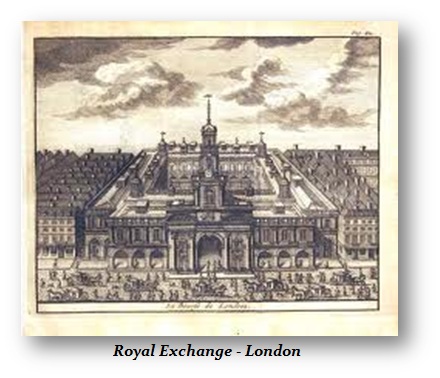 More importantly, Britain lost in the EU courts in its challenge to Brussels controlling the financial markets in London, right on schedule, in January 2014. The European court held: “The power of the European Securities and Markets Authority (Esma) to adopt emergency measures on the financial markets of the Member States in order to regulate or prohibit short selling is compatible with EU law … As all the pleas in law relied on by the United Kingdom have been rejected, the court dismisses the action in its entirety.”

The London Royal Exchange was officially opened on January 23, 1571, by Queen Elizabeth I whose charter she granted to Thomas Gresham.  Sadly, 51.6 x 8.6 = 443.76 years. That brought us to 2014. Therefore, the free markets have peaked and this too is part of the declining cycle we find ourselves in. It appears that 2025 will be the first opportunity for a bottom. This peak in our economic freedom means that not only has liquidity declined since then rather sharply, but we are in a bear market for our freedom that will spread to politics. Brussels is highly dangerous for as the markets move against them, we can expect only harsh Draconian actions that will try to control the markets rather than reform them. This is how empires, nations, and city-states collapse. I believe that a BREXIT is close, but the vote will be rigged to ensure there will be no exit. This could be why our model is quite bearish on Britain. It may be simply going down with the ship. With German and French elections coming up, you have a rising trend of discontent among the silent majority. The press can keep trying to keep a lid on it by supporting the establishment but eventually reality catches up. Unfortunately, that means it does not end nicely.