GDP Declines When Govt. Grows — This is Basic Common Sense 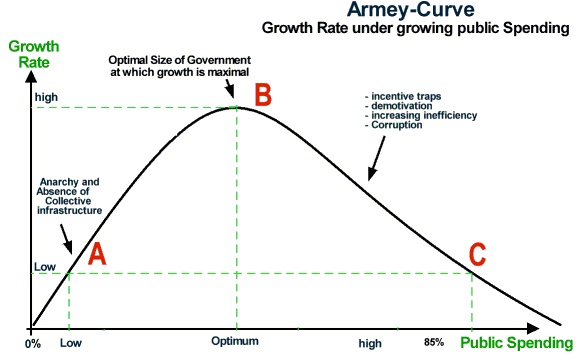 A reader has contributed these charts that demonstrate why the socialist agenda is destroying the world. As the reader points out: “It seems that the optimal govt spending (share) is max 35% (US, AUS), and not >50% like in Europe. Lower govt expenditure has doubled GDP at least in the recent history.” The socialists refuse to listen simply because they are greedy. If you earn $1,000 and your rent if $200, your disposable income is $800. If government demands 10%, you have $720 to spend; if government demands 50%, you have $400. This is why we call them “public servants” for they consume wealth; they do not produce it.

The OECD has done studies but nobody ever pays attention. Any way you cut it, the larger the share of the economy consumed by the government, the lower the economic growth. So the sublime fool never looks at the data and simply regurgitates the same socialist propaganda into infinity. They live in a state of total denial simply because the core of their position is sheer material jealousy. They justify robbing other people because they lack the wealth they wish they had. It is just a question of greed.