Everything is connected in nature including how our economy functions. A reader who grasped my piece on how everything is interconnected in markets sent this in. He made the connection with his non-linear observation. Something small can have profound impacts; the essence of Chaos Theory. The reintroduction of wolves in Yellowstone National Park changed even the geography of the region. 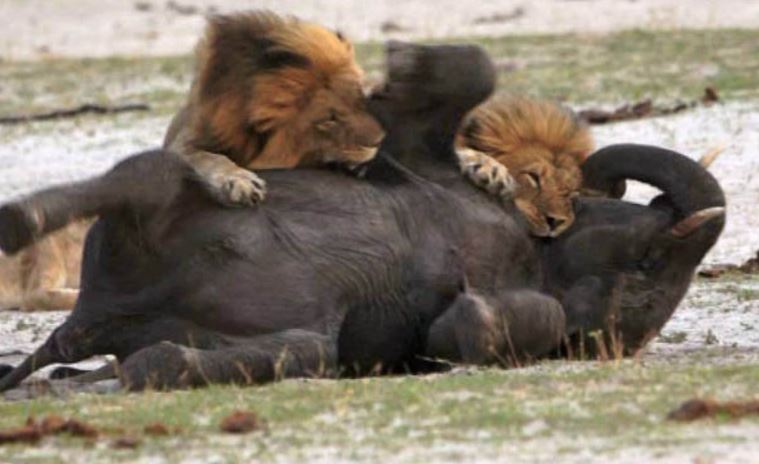 We each have our role in society and in nature. The rich and the poor are part of the whole. This idea that everyone must be “materially” equal I have noted even violates the Ten Commandments. In nature, one species preys upon another. It may be horrible to watch, but you cannot pass a law to make it all fair and nice in nature. So why do we think we can do that among ourselves?

By attacking the rich, we are undermining the economic system that flourishes for the alternative is only government as the creator of jobs. Disturbing our economic balance has serious implications especially when those who love to seize power over the rest of us great “unwashed” masses in their view, freely admit they are incompetent to forecast anything. So how do they know what they are doing will not destroy the entire economic system? As in negative interest rates.

The wolves were hunted to extinction because farmers saw them as killers. This was a sort of socialism introduced to nature. But that role of everything is vital as an integral part of the whole. People are saying Donald Trump has to be stopped. What they miss is the fact that Trump is not the cause, he is the result of the fact that system is corrupt and he becomes the only alternative to the establishment. But as long as the “establishment” refuses to accept that they are the problem, they will demonize Trump rather than admit they are the cause. Mirror are banned from Washington.

Free Markets prevail in every layer of nature and that includes our society and will cause the rise and fall of nations in ways we cannot imagine. This short video demonstrates that just sometimes nature is the answer for there is an inherent balance even if we do not want to acknowledge it. The Free Markets function in the same manner. We outlawed booze creating prohibition and that funded the Mafia. No matter what we do, there is a ripple effect with unintended consequences.