Obama: Brits Should Get to the “Back of the Queque” if They Leave the EU

Obama went to London at the request of David Cameron and the EU Parliament. Obama joined the scare tactics in an attempt to frighten the British into giving up their sovereignty to Brussels. He used the TTIP trade deal, which the French want to block, and said the agreement is why the Brits should stay in the EU. The TTIP was supposed to be done back in 2014. There is little chance of an agreement coming before 2019 (if at all). Obama told the British to get to the “back of the queue” on trade agreement negotiations if they leave the EU.

There is no way Obama would do this without the request of Cameron who is betraying the sovereignty of his own country. The reality is that Obama is lying to the British people because the trade agreement with Europe has been a huge problem, especially with France. The truth is that Britain would be able to have a faster trade deal with the USA than the EU. This is a scare tactic because Europe itself is on the ropes. Britain leaving would hurt Europe, not Britain, and would save Britain as they could then protect their own borders. Even the USA now has a problem with visas for Europeans given the security risk they introduced after admitting economic migrants who claimed to be refugees.

This demonstrates how the BREXIT vote is a serious issue for Europe as a whole. Make no mistake about it, the USA would NEVER surrender its sovereignty to the United Nations or turn Congress into a second-rate gathering with little power. The majority of laws in Europe come from Brussels, not local government, which is similar to how the majority of laws in the States are Federal. What Obama just told the British people demonstrates that this is precisely opposite of what Margaret Thatcher stood against — the political surrender of the British to Brussels. What Hitler could not do with bombs, Cameron handed to Europe without a thought. 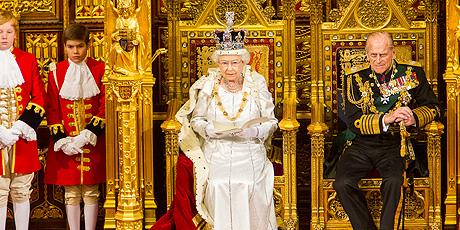 Why has Obama told the British to effectively get rid of the Royal Family? Should there be no residual sovereignty remaining in Britain but ceremonial? Upon election, the Prime Minister goes to the queen to ask permission to head Parliament. It is the queen who opens Parliament. The queen’s speech sets out the government’s agenda for the coming session. Handing power to Brussels nullifies the role of the queen. Why has Cameron not asked the queen?

Without Britain, there is no European Union left standing. Europe is absolutely doomed for Draghi will not reverse his policies that are starting to lead to chaos within the EU, and Germany realizes that Draghi’s policies are destroying pensions and the elderly. 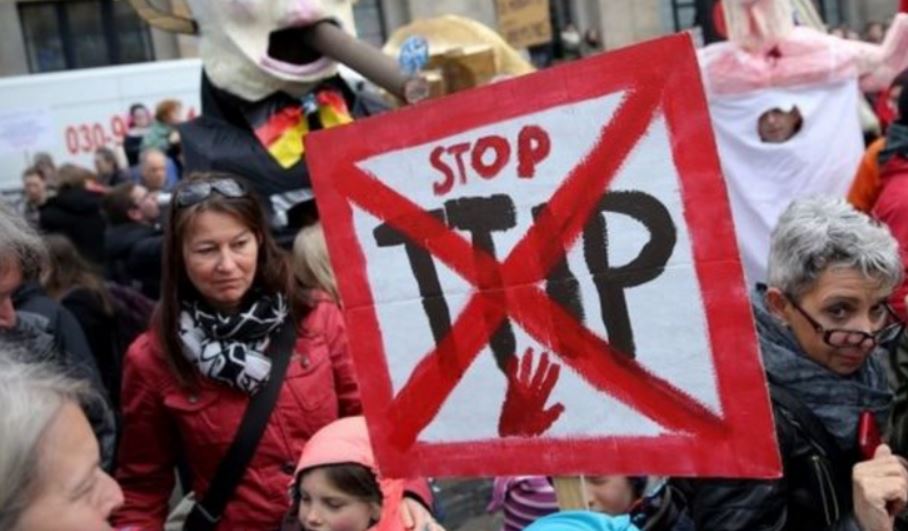 Protests erupted after Obama told the Brits to get at the “back of the queque” for a trade agreement. As Obama visited Britain, thousands were protesting against TTIP in Hannover, Germany. It may be a very good thing if Britain goes to the “back of the queque.” Obama is full of shit for there are far more links between Britain and the USA on trade than there are with Europe as a whole.