We are Headed into a New Ice Age – But When? 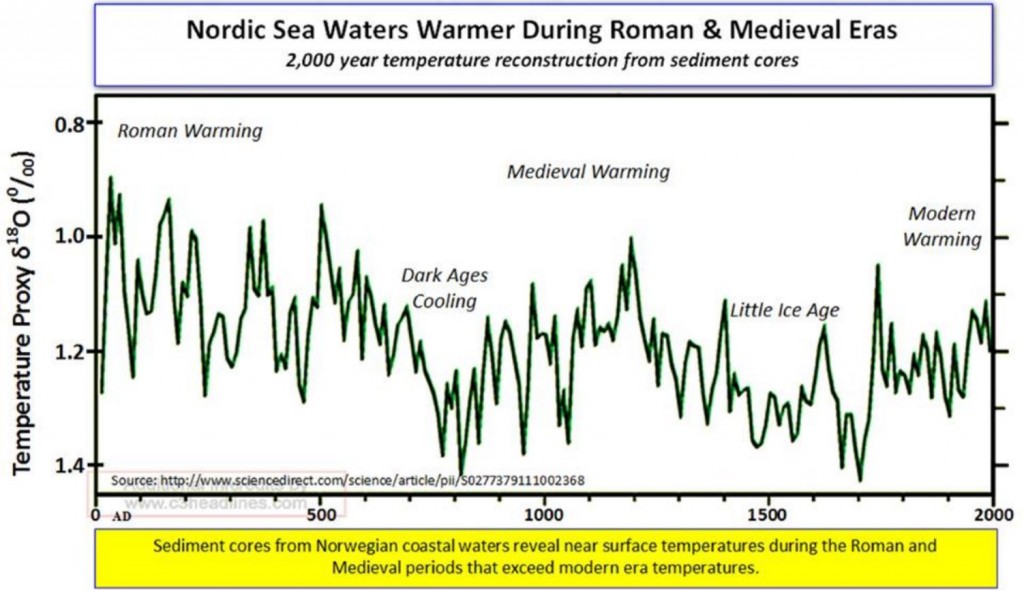 QUESTION: Mr. Armstrong; Is this the warmest uptrend cycle in climate? The theory is that man has caused the melting of ice and the warming of the seas greater than on previous cycles. Is this correct or false?

ANSWER: No. There are numerous studies that suggest that this particular uptrend in global warming from the low made during 1700s, has been a reaction high and not a new high. I have discussed this with others after running the data through our models, which suggests that we are heading into a lower low than during the 1700s. This may be the worse downturn. If this is correct, we will see larger bouts of famine and migration patterns.

Here is a chart produced from the sediment cores taken from the Norwegian coastal region. We have been in a progressively lower trend moving colder with each wave.

We can see that sunspot activity is part of the uptrend during warming periods. Everything is tied together and attempting to reduce the cause of the entire trend to a single factor is very primitive, to say the least.

Government lies about everything. So why do people believe that they would not lie about climate change when they are using it as a justification to raise taxes? Just follow the money. They are powerless to alter this climate of the earth. We are heading back to historical lows and are most likely going to make new lows. Thank God I will not be here for that. I like global warming. By the time we end up at the low, that should be around 2300. So no worries. Anyone reading this will not be here either.

BTW: It is snowing in Britain.