Euro Collapsing thanks to Another Brain-Dead EU Proposal 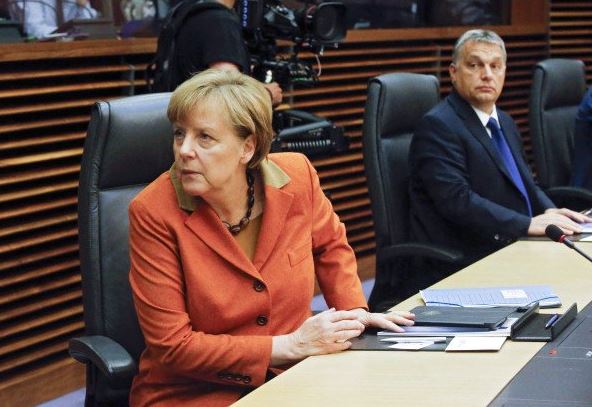 Merkel’s failed refugee policy is destroying the fabric of Europe and raising international concerns that Europeans may need visas because she has introduce the prospect of ISIS using Europe as a stepping stone to get into the USA. Now, Merkel’s policy is forcing other countries to take refugees. The European Commission now wants to compel European member states to accept refugees by imposing a fine of 250,000 euros per applicant they deny.

Instead of admitting a huge mistake, they are creating a mandatory option that will only bring in more “refugees”. About 80% of the “refugees” are not even from Syria. Merkel’s policy is tearing Europe apart at the seams. Unless they deal with the issue directly and publicly by stating ALL refugees will be turned away, the crisis will only get worse. These are people migrating to Europe from northern Africa and other places who are using this policy as a gateway to the promised land.

The euro has been collapsing as a result of this brain-dead idea where politicians REFUSE to ever admit mistake. They will take their countries down in the process. Friends in London are starting to say if Britain does not exit the EU, they will migrate to the USA. This is becoming completely insane; the member states who do not get out of the EU are out of their minds. The economic union has become a political union with dictatorial powers from Brussels, as the Troika never even stands for election so there is no way to vote the people out of power.