We are at The Edge of Meltdown 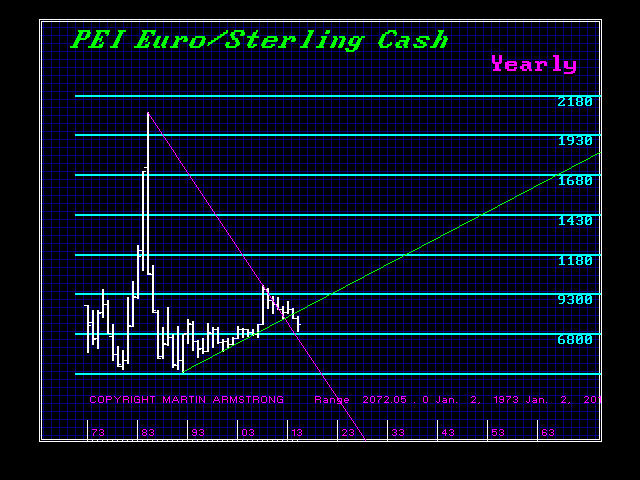 We will have the BREXIT report out next week. This is incredibly important for the fate of Europe hangs in the balance. Politicians are only interested in saving their own jobs. They do not care about the people and the markets reflect this arrogance.

Nobody has seen a chart of the Euro v British Pound since the floating rate system began. We had to take the formula used and recreate it in time. You cannot use the ECU because the pound was included. This shows the dramatic high the Euro made against the pound in 1985. Even during the rally of 2008 when the Euro reached $1.60 on the greenback, it looks like a minor blip on this chart against the pound sterling. In 2015,  the Euro fell to .6937 against the pound and then rallied to close at .73750. We have a Yearly Bearish Reversal at .73450 which it avoided like many other markets for year-end 2015. If we elect this Yearly Bearish Reversal, this is warning new lows even against the British pound. 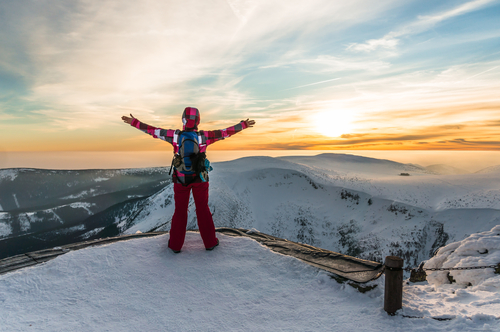 We are standing at the edge of a cliff in the middle of an ice age where government is trying to control the media, polls, rate agencies, you name it, all to try to manipulate society to serve their own goals. The bureaucracy today would easily start a war to retain power. That is what they do. We are the great unwashed and collateral damage is part of life for them. We can see a possible bright future if we can really reform government. But they will never surrender willingly. We have to crash and burn to reach the other side,

Everything from gold and oil to the Dow and the euro are all trying to alert us there is something brewing here as we stand at the edge in the middle of nowhere. It is time to wake up before it is too late. We have to see the world markets are all connected and screaming at us, but the majority only focus on one or two markets and never see the wildcard coming from the other side.