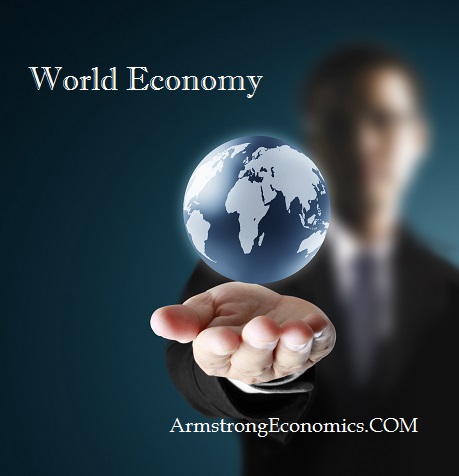 Something BIG is brewing in the World Economy. We are definitely getting closer to the point when everyone starts to say OMG! What is going on? The US 2016 Elections are shaping up to be very interesting. They reflect the degree of how we are on such a tight-rope tottering before a fall. But which way? We have the BREXIT poll starting to be so overwhelming for exit, it is hard for the press to even cover it up. We have Merkel who is very lucky she is not being tarred & feathered. Her decision to allow refugees into Germany reflects everything that is wrong with the EU. She has torn Europe apart and it demonstrates that all other member states had no right to even object. This was her personal unilateral decision that now all of Europe must deal with. There was no unified vote. This was Merkel trying to make person of the year and capture the Nobel Peace Prize. Nobody bothered to tell her she has to want to invade a country to get the Peace Prize like Obama. This is a bullshit prize and handing it to Obama proved that point.

The refugee crisis demonstrates WHY the EU has failed. On the one hand they are trying to federalize Europe, yet here you have Merkel acting as the head of Germany making decisions that changed Europe as a whole. She failed to realize she surrendered her sovereignty to Brussels and cannot make unilateral decisions of such a profound nature. The federalized structure of the EU cannot possibly survive in such a manner. The EU should have simply remained as an economic trade union. Trying to make one government to prevent European war was just insane.

Meanwhile, the markets are showing the confusion that is dominating everything. Gold rallied but failed to close above the Weekly Bullish rising after testing 1206 all the back to 1280. The Dow again exceeded the Weekly Bullish only to fall back. The pound got crushed with the polls showing 55% of the British want to leave the EU, but it too held the Weekly Bearish. So may markets moved once again right to the threshold and backed off. You can taste it. We are almost there ready to make a move. It will be the tipping point when the general public begins to see this is all coming apart. From “super delegates” used by the Democrats to rig the game for Hillary to Republicans trying to for the NEVER TRUMP effort, and Cameron calling on everyone to scare the Brits into staying in the EU. Party Politics is being redefined in the USA and the smart Brits are starting to smell a rat. The under 45 crowd in the USA are neither Democrat nor Republican. Independence is rising everywhere because politicians has corrupted the entire game. This rise in independence is driving the elites insane because they are losing control. Everywhere we look, what was, is starting to be no more. This is what the markets are reflecting. Something is wrong – they just cannot put their finger on it and traditional forecasting is creating a sea of losses even for the professional hedge fund managers who lack global models that really work.

This is where our Reversal System keeps us out of harm’s way. It defines the critical points up and down and they do so like nothing else. They are not moving averages, stochastics, technical analysis, or anything subjective. There is no personal opinion involved and that eliminates human error because nobody can do this from a “I think” perspective. The Reversals simply define the critical points and markets gravitate to them rather amazingly like magnets. They will define the change and what we look at is a unified election across the broad scope of markets. The Reversals can catch the trend that is confirmed on a global perspective rather than a single isolated market.