Senate & State Department Begin Their Own Investigations into Hillary 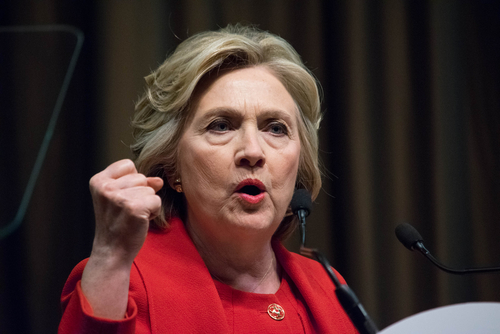 It really is rather outrageous that the Democrats put forth Hillary as their candidate. They should have put in Joe Biden. Now both the Senate and the State Department are beginning investigations and Hillary will not be as protected as she was by Comey at the direction of Obama.

Surely, the Democrats could have found someone better than Hillary. In the Republican camp, at least there were 17 people who tried to beat Trump. In the Democratic camp, it was only Bernie, and it appears the vote was stolen from him in New Jersey and California. It was strange to see Bernie’s rallies with thousands of people attending; Hillary was lucky to get a couple hundred. Strange, how nobody seems to question how Hillary won when few people showed up at her rallies.