QUESTION: Marty; Why do you say your opinion is not worth much? You have been around for some time and you are the only analyst to have been behind the curtain. If anyone’s opinion carries any weight, it has to be yours. 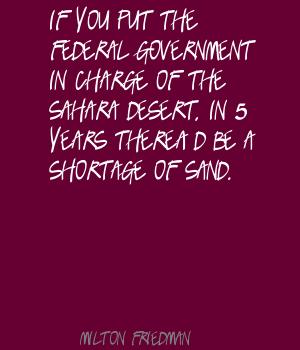 ANSWER:Yes. Experience is everything. You cannot forecast something you have never seen, but opinion is fallible because we are all infected with that human trait of being fallible. I have learned so much from the computer. This is the importance of real cognitive adaptive computer systems. They have no emotion or bias so they are objective. In a way, they are like the character Spock from “Star Trek.” If someone believes that paper money is the great evil, then they will be blind to all other influence and look no further. Concluding that the evil is paper money, means they consider nothing else when in fact it is the fiscal mismanagement of the monetary system irrespective of what society uses for money. This is why a gold standard would not work and has failed historically every time just like Bretton Woods. It has nothing to do with the medium of exchange. It is always about those in charge. Milton Friedman said if you put the government in charge of the Sahara Desert, there would be a shortage of sand in no time. Investigating the truth requires abandoning all bias. 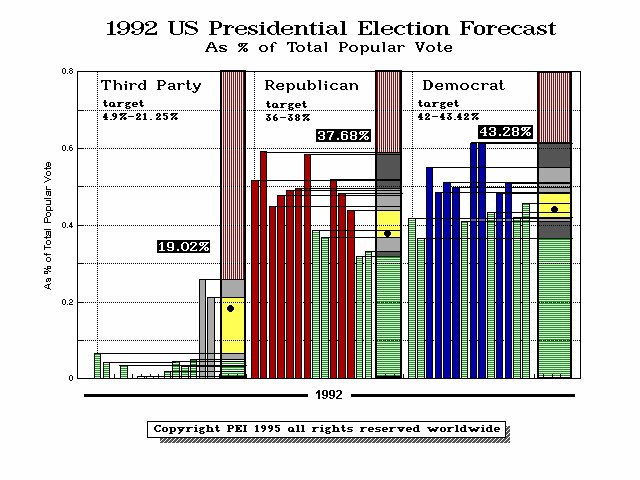 The computer has never been wrong because it sees trends without interjecting some theory or bias which infects all opinion. The only times the computer has been wrong seems directly linked to serious manipulation. It projected the Al Gore would win by a tiny, narrow margin. The Supreme Court gave it to Bush and would not allow a recount. When the recount was completed, it proved that the computer was correct after all. But that is reality.

The computer projects that Trump (Republicans) should win. As with BREXIT, the media is on board with government to try to push Hillary and defeat Trump. They are skewing the polls as well. So every trick in the book they played out in Britain to stop BREXIT is being carried out in the United States, exactly on schedule. It is always the same play book.

I was in London and saw James Carville helping Tony Blair win his election back in 1994. As in finance, the best traders work around the world. The people working to stop BREXIT, of course, are advising those in the States to stop Trump. Welcome to the real way everything works. These political manipulators are working together on a global level to further their agenda misguiding the people and conspiring with the press. 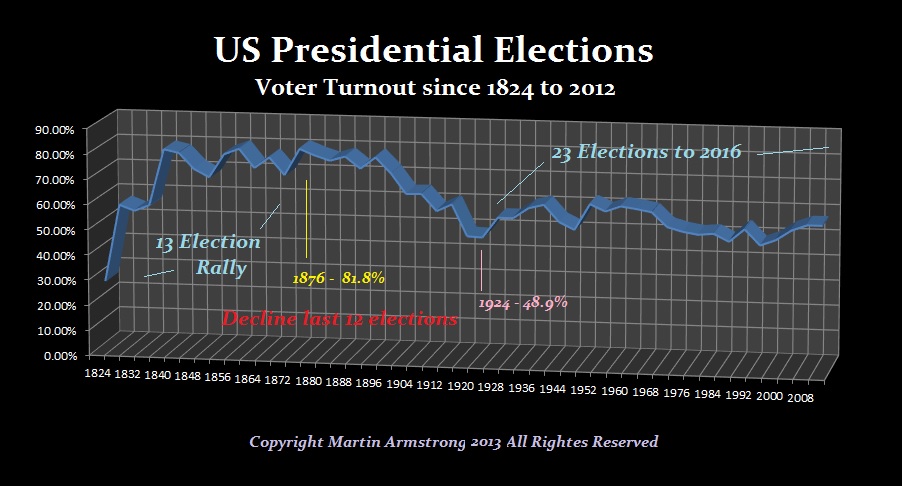 So my “OPINION” is based upon my experience. This is why defeating Hillary will require a major turnout, in which the silent majority gets off their asses and speaks out. There are far more people at a Trump speech than there are when Hillary appears. This is indicative of how they are manipulating everything and there is a lack of substance.

So yes, the computer projects that Trump “SHOULD” win. However, that is forecasting the trend around the world in this global anti-establishment surge. My experience cautions me insofar as if there is a close election, Hillary will win for they will rig the game. There must be an OVERWHELMING turnout. Now that said, our computer is projecting a surge in the turnout. This was also the computer’s forecast for Britain. It was correct despite my skepticism.

Nonetheless, we may see the same combination here that results in a Trump victory. Trump would help secure the future awhile longer so we could last until 2032, whereas Hillary would just push us off the edge. Either way, by 2032, things will crash and burn. Hopefully, we can see a new political system emerge since this is the Sixth Wave, which means, from a timing perspective, we will either enter a Dark Age or understand what is at stake and rise like a phoenix to a new system altogether.