More and more talk from behind the curtain is very concerned that Hillary indeed has Parkinson’s disease and this is why she is not having press conferences because she cannot handle multiple questions being hurled at her simultaneously. She needs help climbing stairs and is showing clear signs of tremors. This video is done by a doctor. However, we have confirming opinions by other doctors that agree with the video.

Hillary will not release her medical records in addition to refusing to do press conferences. There is talk starting to surface from behind the curtain because she is at an advanced stage and may develop Dementia sooner than latter. Some are very concerned because she only cares about being the first woman president and not the country. She is putting herself before everything.

She should release her medical records because this is a fundamental prerequisite for the job. For Democrats to hide this just to win is really deplorable. The press may be backing Hillary also with no regard for the country or the world. The press, if it were real, should DEMAND the release of her medical records and Congress should pass an act that REQUIRES medical records and independent doctors to verify someone does not have issues especially where dementia could be involved. 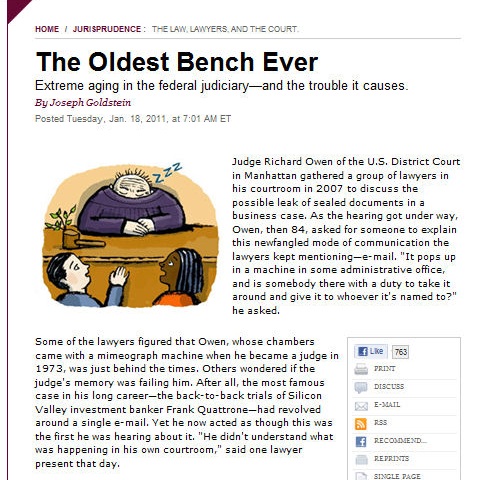 The judge I stood before had dementia; Richard Owen. It was totally insane. He would forget who I was and even one time said “Counselor, you are arguing admirably for your client but going too far.” The courtroom marshal was later confused and asked me if I was the lawyer. I replied; no! He forgot who I was again.

We do not need someone like that in charge of the country. No other judge would admit Judge Owen was nuts, so they turned a blind eye since they were of the same age.In the end, they were forced to “reassign” my case to another judge since I was getting into the Supreme Court and they feared he would never release me to end the case. So they handed my case to another judge who basically overruled Owen who said contempt is always coercive and not punishment in his mind.

The Democrats on the Hill already defend Hillary because she is a Democrat regardless of fact or any obvious truth. She can say invade Canada because she has secret information that they are harboring terrorists and the rest will just agree.

We cannot allow such a person to be in charge of the nation. This is becoming an outrage. To be a Democrat before an American is absolute treason. The chatter behind the curtain is no longer whispers. It is becoming screaming and yelling. When will the press do their dam job and protect the country no less their own families.

The joke running around is Hillary was really president while she let Bill have his bimbos, which is why every financial scandal involved Hillary, while Bill had the sex scandals. This time if the Clintons get in the White House, it will have to be Bill who is really president as they keep Hillary doped up and staff give all the press conferences. Trump holds press conferences. Why not Hillary?