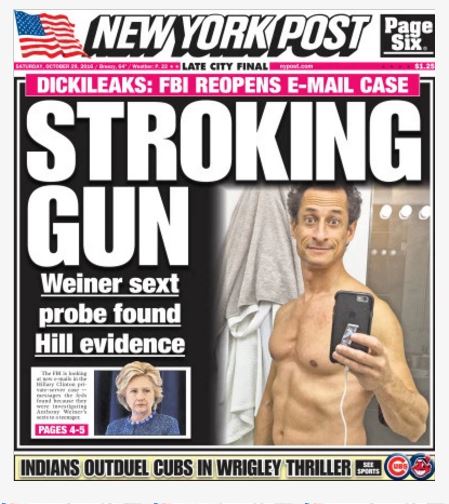 The New York Post is doing the best job on explaining this latest scandal. They have the 302s which are FBI reports of interviews. They clearly show that Huma Abedin is either an idiot not qualified for chief of staff, which she has been promised, or she is guilty of violating security and lying to FBI agents that are another round of felonies. 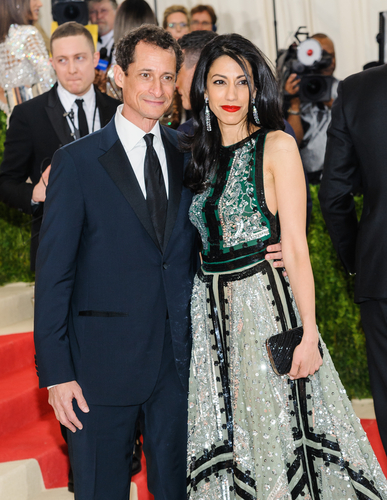 A separate team of FBI agents not politically restrained by Obama, found thousands of State Department-related emails containing classified information on the electronic devices belonging to Weiner and his wife. You see, remember Weingate when Huma’s husband was sending pictures of his penis to women? It turns out, the FBI was investigating Congressman Anthony Weiner for sexting an underage girl of just 15 years old. In this case, the FBI acted as a normal investigation. They walk in and seize everything instead of requesting it as they did with Clinton and then waited for her to delete 50% of the emails.

Therefore, this separate FBI team seized Abedin and Weiner’s devices so they have much of the otherwise “personal” emails Hillary erased to cover her trail. In the 302 investigative 11-page report interviewing Abedin, on page 3, the agents explained that they showed Abedin a classified paper on Pakistan sent from a State Department source, which she had forwarded to her personal Yahoo email account. It now can be shown that her breach of security was by no means an isolated event, but a regular practice.

At the very least, Abedin should be indicted. There is no possible way her handling of classified documents would allow her to be chief of staff in the White House. The discovery of these emails by a separate team of FBI agents has forced FBI Director James Comey to reopen the case just 11 days from the election. Under any normal situation, Hillary should step down for the good of the country. But we know you would have to drag her off the stage by the hair to say the least. This is all about her being the first feminist president and it will be retribution time.