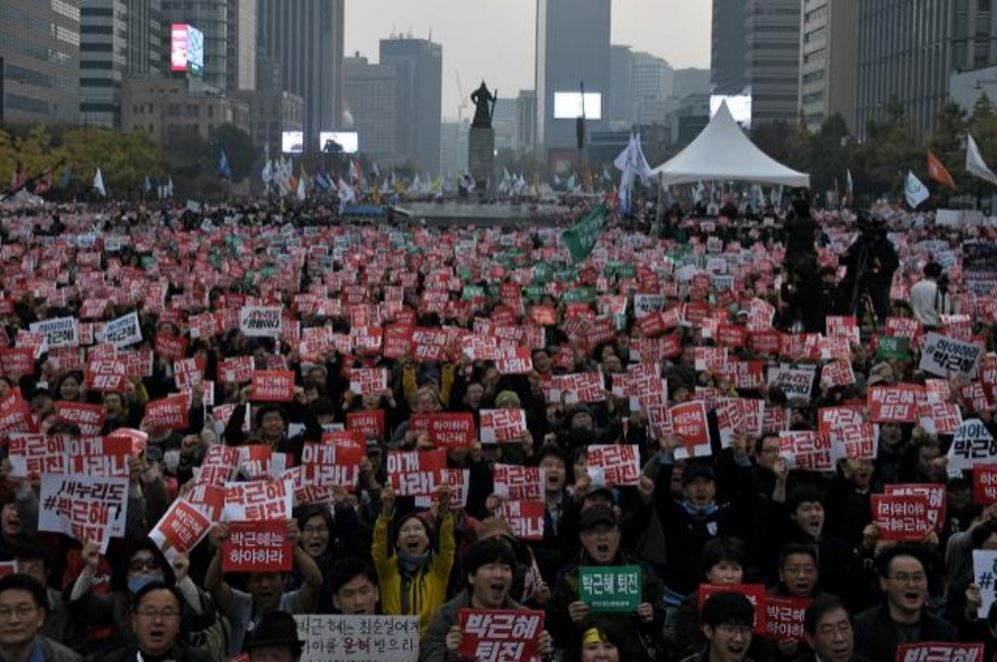 Political scandal have rocked South Korea with essentially the same influence peddling that the Clintons do. However, instead of praising their president as Americans and the media do with Hillary, South Korean prosecutors arrested two former top presidential aides Sunday for exactly the same thing that Hillary does influence-peddling and tens of thousands of people have taken to the streets now to demand President Park Geun-Hye resign.

Corruption in politics is now like a global epidemic by itself. It is showing up everywhere and this is really at the core of support for Donald Trump. His “drain the swamp” has touched that same nerve but 99% of the US media is on board with the corruption betraying the people. This is clearly a global trend and if we do not look around the globe, you will misread the domestic trend at hand.