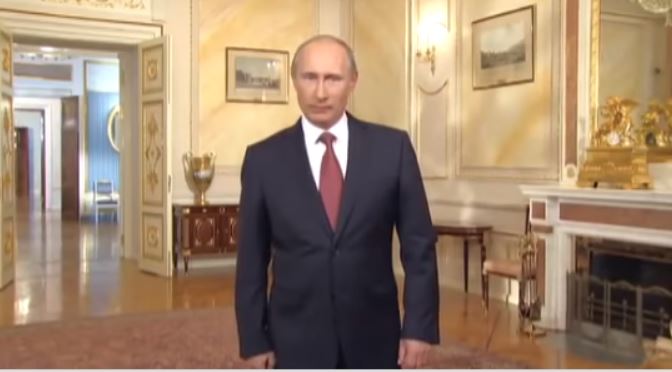 As Election Day nears, the Trump campaign has enlisted President Vladimir Putin, of Russia, to appear with the Republican nominee on stage. This has been really amazing for it drives a nail straight into the heart of this nonsense that Trump would be the one to start war, not Hillary. Indeed, it is Qatar and Saudi Arabia who have been funding ISIS and are adamant about overthrowing Syria so they can run their pipelines to Europe and compete with Russia. This is what the Middle East mess is all about. Since both countries are big contributors to the Clinton Foundation and Obama tried to sell invading Syria on their behalf, Hillary is the one who will send our boys to die in the Middle East so these two countries can build a pipeline. Putin appearing with Trump exposes the truth in this issue.