The Left Shows How Intolerant They Can Be 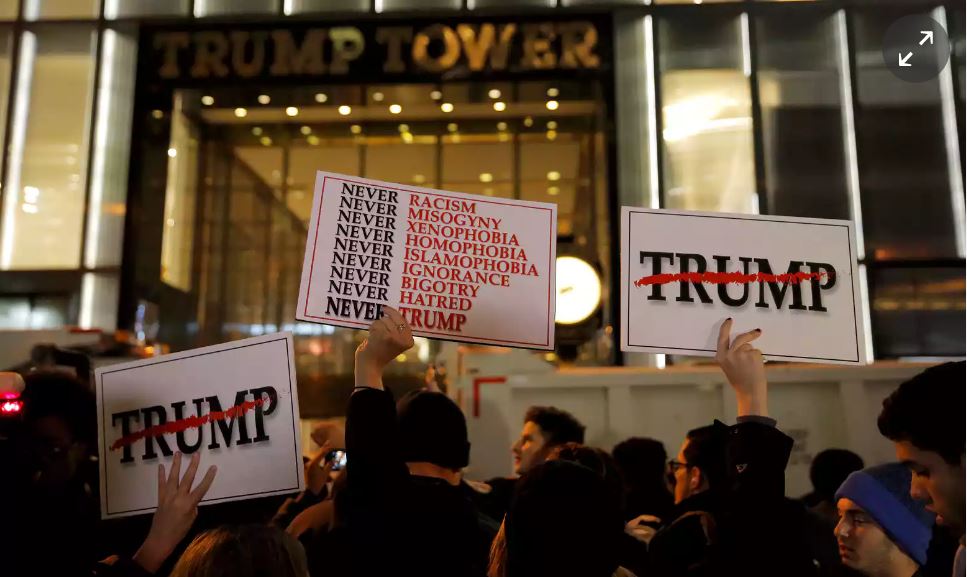 Protests have erupted against Trump from the people who have been brainwashed by the media and the Democratic machine. The deep divisions that this election has exposed within the nation and Clinton’s speech not to give up on their agenda invites nothing but violent and civil unrest looking ahead. Of course these very people who say Trump is not their President reveal that it’s their way or no way. They seek to suppress those who produce so they need not in the classic Ann Ryan context. So in other words, the others should be subjugated for their survival. Unfortunately, this is the fate we must comprehend when we are looking at the end of socialism.

Regardless of the candidate, whatever is said in an election is not what always unfolds. These people show their ignorance of the political system and their own hostility. They seek to maintain the deep divide in the nations and that is by no means a way to promote peace.