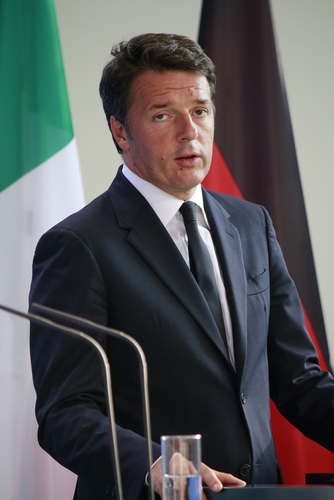 In a very large demonstration against the planned constitutional referendum in Italy to take place on December 4th, 2016, the demonstrations are turning into riots. Hundreds of protesters threw smoke bombs, stones, and fireworks on policemen, who in turn used batons to beat the people. According to Italian media, one person was injured. The demonstrators tried to reach the place of the annual Democratic Party Congress held by Prime Minister Matteo Renzi taking their discontent directly to him. The mayor of Florence, Dario Nardella, condemned the violence as unacceptable.

To date, the demonstrations against Renzi were generally peaceful. The government has linked its political fate with the referendum on December 4 and Renzi has previous said he would resign if it is defeated like David Cameron in Britain. The propose constitutional reform is claimed to bring more stability to the country, ending frequent government changes. The proposal is planned to limit the role of the Senate and the responsibilities of the regional governments. This is federalizing the government and definitely weakening of democracy. Virtually every opinion polls shows the proposal is unpopular and will go down in defeat.