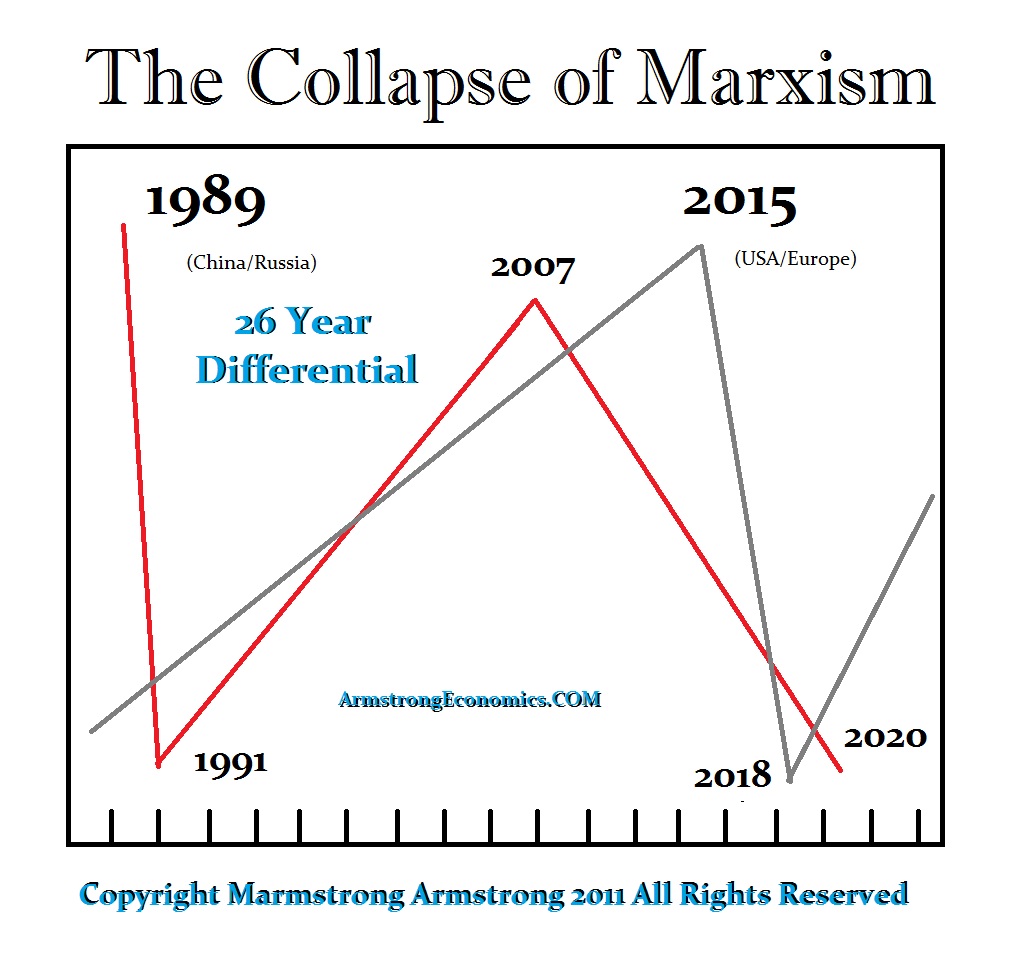 QUESTION: Mr. Armstrong; Your conference was exactly as you have said. A fantastic networking event. It was like a college reunion of like minded people coming together from around the world. At the cocktail party, you said 2015 was simply the 26 year “differential peak” in western governments. I didn’t get a chance to ask you about that. Could you please explain that a bit more.

Thank you so much. I will be there in Hong Kong 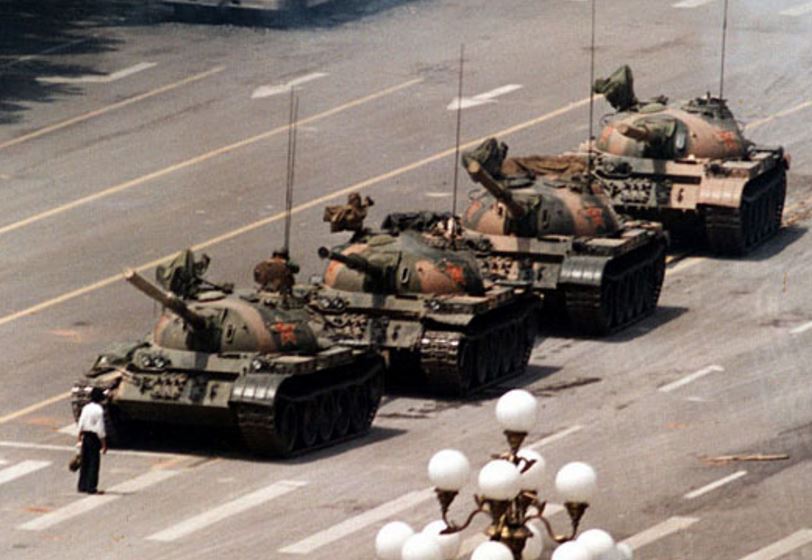 ANSWER: Every society has its own cycle. Following Tiananmen Square in June 1989, rapid reforms began in China. On May 4, 1989, a student declaration was read on Tiananmen Square, calling on the government to guarantee constitutional freedoms, free press, and to fight corruption and accelerated economic and political reforms. On May 13, the students announce a hunger strike, using the huge armada of foreign media representatives to gain global attention. The Shenzhen Stock Exchange (SSE) opened on December 1, 1989, while the Shanghai exchange opened November 26, 1990 after a 41-year hiatus. Between 1990 and 2004, China began the process of restructuring and/or closing state-owned enterprises that accelerated in 1992 under Deng Xiaoping’s market reforms to establish a “socialist market economy.” By November 2001, after years of negotiations, China became a member of the World Trade Organization and its rise has been spectacular ever since.

The youth rose up in union and led the movement at Tiananmen Square. Do not underestimate the fact that we are witnessing an uprising of youth in the United States who have been brainwashed by the Democrats and do not understand who is even on their side. Revolutions emerge from the youth.

Simply, 2015.75 was the PEAK IN WESTERN GOVERNMENT. This was the 26-year differential between East and West. Hillary lost due to her manipulation of the Republicans, but in the process, she seriously damaged the foundation of the American economy and social structure. Her defeat in 2016 was precisely on target of 23 years from when Bill was inaugurated. But it was also 112 years (half of a 224-year cycle) from the 1904 elections when socialism first took the White House.

Therefore, 1989 was the Eastern peak, and 26 years later, we have established the peak in the West (2015.75). The phase differential between East and West has been on target. We have begun the decline, and the youth uprising is very, very, very disturbing.