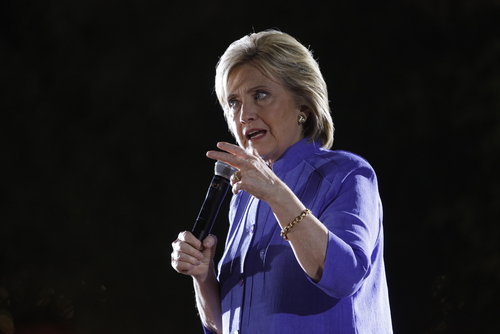 Hillary Clinton in her first public speech since losing the election at the Washington gala for the Children’s Defense Fund,told people to fight against Trump and effectively has encouraged her supporters to revolt. She said: “I ask you to stay engaged. Stay engaged on every level. We need you. America needs you. Your energy, your ambition, your talent. That’s how we get through this.”

“I know that over the past week a lot of people have asked themselves whether America is the country we thought it was. The divisions laid bare by the election run deep,” she continued. “But please listen to me when I say this: America is worth it. Our children are worth it. Believe in our country, fight for our values and never, ever give up.”

This is why neither Hillary nor Obama have spoke out against the civil unrest rising in the United States. Their propaganda is indeed setting the state for the future breakup of the United States we warned would be on the horizon going into 2032.