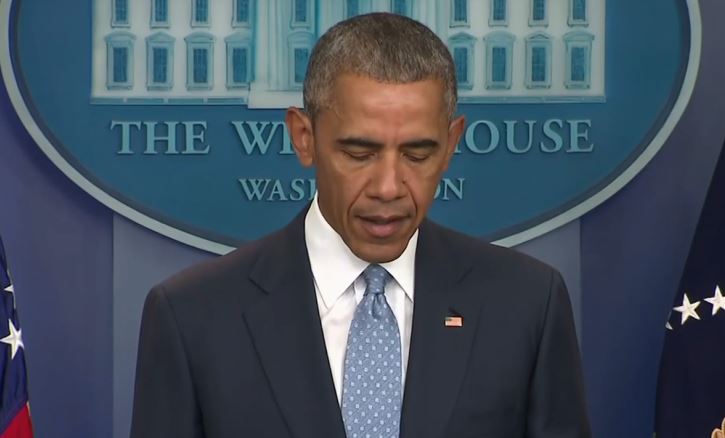 Hillary told her donor base at Manhattan’s Plaza Hotel last Thursday that Russian cyber attacks were both “a personal beef against me” and meant to undermine “the integrity of our democracy.” Of course, absent from the speech was anything realistic acknowledging that there is a global trend against corruption that is unfolding worldwide. Hillary will blame everyone and everybody but herself. She also skips over the fact that the DNC files merely revealed her own attempt to manipulate the Republicans. So while she is mad at the Russians, how about what she did? Obama skips over that entirely. How about a Congressional investigation into the Hillary & Press conspiracy to manipulate the Republicans to ensure Trump would be he opponent who she thought would be easy to beat?

Obama in his press conference is trying to address the contradictions surfacing when Clapper told Congress there was no evidence of a Russian hack on November 17th.  Obama now says when he saw Russian President Vladimir Putin in China in early September, he told him to “cut it out” and that there would be some serious retaliation if he didn’t.” Obama now says that after of that meeting, the government did not see further tampering of the election process. The Wall Street Journal says Obama goes off the Hillary script. 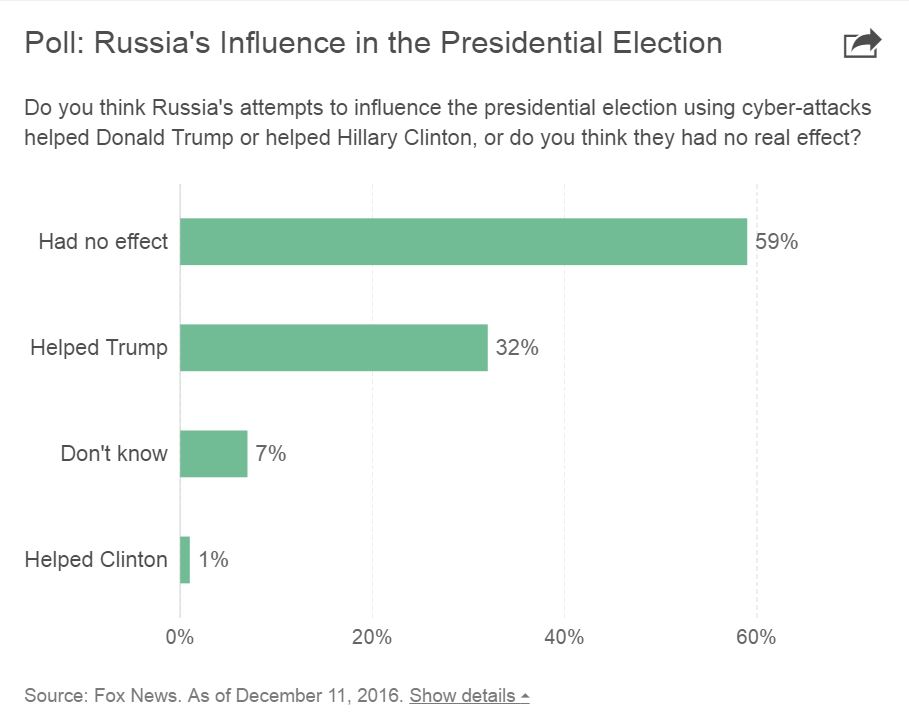 Yahoo reported the Fox Poll showing that 59% of Americans did not think the claimed Russian Hack had any effect. The remarkable aspect of this is that the entire story is simply about the DNC files, not voting machines. So I really do not get this saying Hillary would have won but for the Russian Hack. Well if Russia even did the “hack” (of which there is no evidence at all), then well done, for it exposed the internal corruption of the Democrats right on time with our model – 2015.75. The Real Clinton Conspiracy Backfired where she conspired with the Press to elevate Trump as the nominee and then tear him down so she could win. This demonstrates that her own supporters should be MAD AS HELL with her and her corrupt ways. Saying she would have won if that was not exposed is like saying a thief should get to keep all your stuff robbing you home even if caught. It is really brilliant how Hillary has manipulated this whole criminal act of trying to manipulate the Republicans and the press are so corrupt as well, nobody will report this issue.

Guess she proved the saying valid,  which is usually attributed to Abraham Lincoln, but predates him to Jacques Abbadie who was a French Protestant: