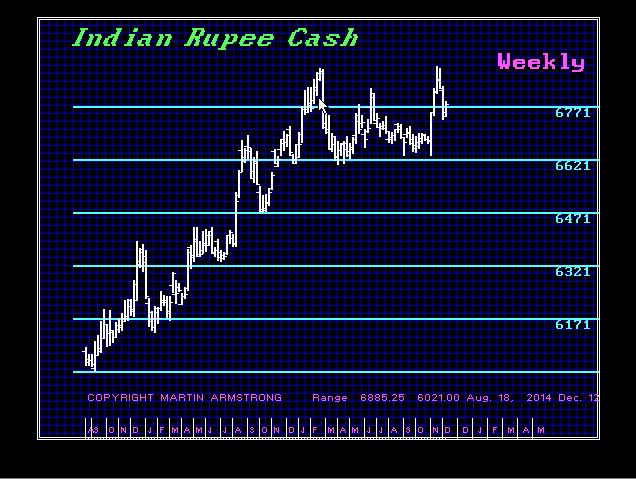 To make it clear, India is not going door to door to confiscate gold any more than FDR did. The reason so many $20 gold coins have survived is because there was no door to door confiscation. Banks and corporations who had records of gold were forced to turn their gold over and then FDR superseded all contracts overriding what was known as the “gold clause” in contracts. In 1935, the Supreme Court heard constitutional challenges to the abrogation of gold clauses in contracts and Treasury bonds. Gold clauses guaranteed that creditors would receive payment in gold dollars as valued at the time a contract was made. Due to the deflation that followed the Great Depression, this meant that debtors were forced to pay back much more than they owed originally in purchasing power.

To stop a looming wave of bankruptcies, Congress passed a Joint Resolution declaring all gold clauses null and void. The Supreme Court did not hold that the gold clauses must be enforced. With respect to Treasury Bonds, however, a plurality of the Justices concluded that the Joint Resolution was unconstitutional and that the bondholders were not entitled to relief in Perry v. United States 294 U.S. 330 (1935). The Court held that there is a clear distinction between the power of Congress to control the contracts of private parties when they interfere with the exercise of its constitutional authority and a power in Congress to alter or repudiate the substance of its own engagements when it has borrowed money under its constitutional authority. It further held that Congress cannot use its power to regulate the value of money to invalidate the obligations that the government has issued in the exercise of the power to borrow money on the credit of the United States. Clearly, the court used some very strange logic to ensure that FDR got away with his actions. This is why judges should NEVER be appointed by politicians.

The demonetization of the currency and the attempt to set limits on the amount of gold one may own is a two-prong attack on the cash economy in India. There is no confiscation of gold owned by banks, corporates, or individuals when they can CONFIRM and prove that the gold was purchased with above-ground taxed money. Therefore, the line in the sand is drawn between the underground and above-ground economy. The limits are applied to individuals in the cash economy to prevent them from buying gold with the cash to “launder” the money.

India was the fastest growing major economy in the world prior to the currency cancellation. The economic boom in India is more likely to abruptly halt for the last quarter of 2016 following the insane announcement of November 8, 2016, that India was scrapping the 500 and 1,000 rupee notes. This action has caused a collapse in the velocity of money, which is normally indicative of a depression. This brain-dead decision has drained billions of dollars worth of cash from the economy. Prime Minister Narendra Modi’s crazy action was aimed at tax evasion, which rendered about 86% of Indian banknotes effectively worthless overnight. This has to be the worst economic decision of the past century.

Indians are scrambling to banks with their old notes by December 30, 2016, but the tax implication have others just writing their money off or funneling it through the black market and spreading the money around by using individuals to try to cash in some portion.

Modi’s decision led to a stark US dollar rally for three weeks as the Rupee collapsed by about 4%. The Indian society relies on cash for more than 90% of transactions, and nearly every aspect of daily life has been effected. This was a bold action to force the economy into a fully taxed society all for the benefit of the government, of course. The gold ownership is allowed provided you PROVE you bought it with taxed money.