A few weeks ago (12/13/2016) my wife received a notice from her company about changes to her 401K and I thought I was in a Kafka film. The notice basically identified “the investment elections you can make and the actions that will occur if you do not make you elections by the deadlines described.” The deadline is January 13th 2017, so thirty days over the Christmas and New Year’s holidays.

For 20 years my wife has been putting the maximum 401K contribution and receiving the company match, so the amount is sizable, and the decision to change investments is not one that I take lightly. So what are my choices? Collective Investment Trust (CIT) a banking product, a Qualified Default Investment Alternative (QDIA) a defined benefit insurance product, or a self-directed brokerage account.

The QDIA “invests in a combination of underlying stock, bond, and money market mutual funds, using a target retirement age of 65.” That’s it, no information, so look it up. Oh, it is mainly invested in government treasuries. Economics 101, interest rates are rising so bond prices should be falling. I do not want to go anywhere near government treasuries, that is nuclear waste.

I am thinking what the heck is going on, this is insane and I have thirty days over the holidays to open the brokerage account and make the transfer. So, rant & rave, it gets done the money is in the brokerage and safe and I calm down.

I have always thought the government would try to steal our 401k’s to bail out public pensions, it is obvious that politicians would try this. Screw the people who save and give it to the people that vote for us. But this sneaky slimy backward way of forcing you in to either “crap” or “nuclear waste” is down right evil. How many people are going to make a no decision and find out that a bad decision was made for them and their savings will be a fraction of what they put in? EVIL.

Everyone in my family thinks I am nuts at this point, having fussed and cussed so much about this. Just messing around, I type into google “the 401K crisis of 2017” and up pops your article “Department of labor Regulating Your 401K April 16th 2017″. OMG, I am not crazy. I make my wife read the article. Your article should be front page news. Oh, Martin Armstrong has a documentary out too. We watch, wow.

So is this pension crisis going to trigger a major correction to financial markets in 2017, or am I just nuts like everyone else thinks? 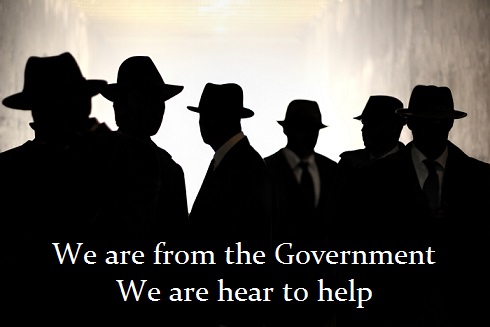 REPLY: Yes – here they come. It’s April 16, 2017. Personally, I would choose a self-directed brokerage account. They will not reform and they cannot keep this game moving. What they are doing will destroy those who have valid 401K plans to benefit government workers who are foolish enough to believe government in the first place.