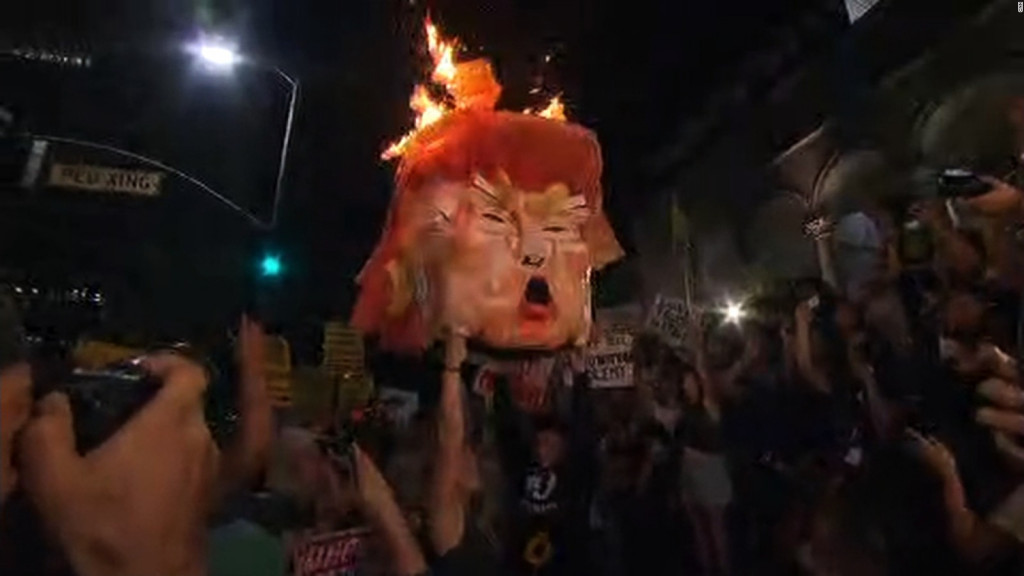 Schools such as Marshall High School in San Antonio are allowing skits portraying the assassination of President-elect Donald Trump. Meanwhile, Twitter has revealed the so-called Democratic left hates Trump, calling him a racist and intolerant, but they themselves are far worse for they are intolerant of anyone who disagrees with them. The riots in California had “Kill Trump” graffiti in many cities including Oakland. I have never seen such hatred and violence coming from people who claim to reject violence and racism. Even I have received hate mail from the left, claiming I am advising Trump when I am not.

The left are really violent. There will no doubt be attempts on Trump’s life. We also have Obama doing everything possible to fuel civil unrest as well as international war. Just five days before Trump takes office, Obama is joining a Paris “peace” conference to force Israel to submit to two state policies where Jerusalem is surrendered. Obama has refused to accept that Jerusalem is in Israel and maintains that they are maintaining an “occupation” of the West Bank which includes Jerusalem. Why hold the conference just five days before Trump takes office? Obama is doing everything in his power to undermine Israel and isolate Russia. It is just amazing to watch a president desperate to force his agenda upon the incoming new president. Never in history has this ever taken place.