Soros Should be Banned from Hungary 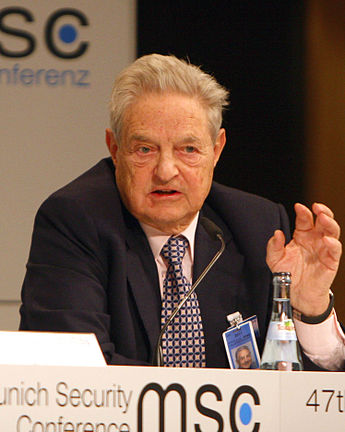 I still believe that George Soros is extremely dangerous with his ideas of Open Society. Hungary’s vice chairman of the ruling Fidesz party, Szilard Nemeth said that all operations funded by Soros and his Open Society Foundation should be banned from operating in Hungary. Nemeth said at a news conference that Soros and his operations were “pushing global big capital and a related political correctness into Hungary.” Nemeth elaborated:

“These organizations must be pushed back with all available tools, and I think they must be swept out, and now I believe the international conditions are right for this with the election of the new president [Donald Trump].”

Soros is highly dangerous. His funding of Hillary Clinton knowing what she stands for really revealed how dangerous this guy has become. His Open Society Foundation really undermines our basic liberties. He donated $7 million to Hillary and previously funded Obama against Hillary.