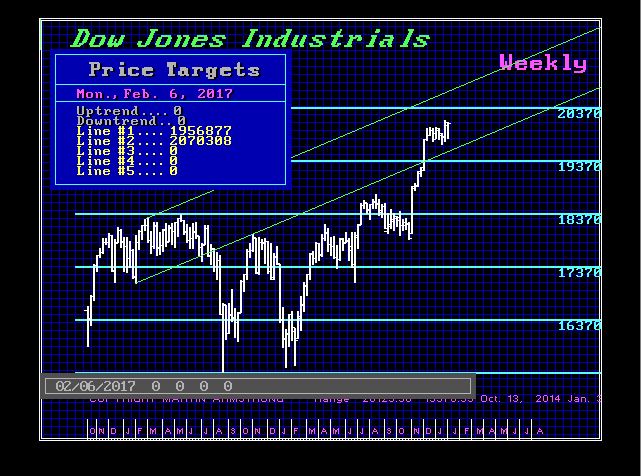 Friday’s closing at 20,298.21 in the Dow was still bullish and the main resistance stands for this week at 20505. Exceeding that level and a close above it on Friday would point to an extension into next week. The top of the channel in the 20,700 area. Exceeding that level will warn that we could move sharply higher to the 21000-22000 zone. The major resistance starts at the 21,387-21,624. Keep in mind that the majority remain bearish and and most big funds remain under invested in equities. Therefore, we are looking at an amazing amount of money sitting on the sidelines.

The two key targets on the monthly timing level remain February and April/May. Keep in mind that normally this would unfold as two opposite events meaning a high in February should lead to an April/May low just before the French elections. We can see an intraday high extend into next week.