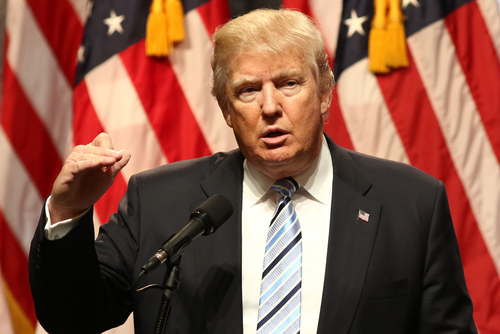 QUESTION: You said Trump should concede that his immigration order does not apply to people already with green cards and visas. Your position seems to be practical. Was the order properly written and interpreted?

ANSWER: The order was not written by anyone who understands Constitutional Law in my “opinion” for it should have specifically exempted those with green cards and visas. I would FIRE the person who checked this order if they had ANY legal training, for then I would ask if they did not deliberately try to create a controversy.

The district court issued a TRO (Temporary Restraining Order) granting a stay based upon how others were interpreting the Executive Order (see Washington v. Trump, No. C17-0141-JLR, 2017 WL 462040 (W.D. Wash. Feb. 3, 2017)). Interpretation should have been Strict Construction. If it did not specifically revoke visas and green cards, then it should never have been interpreted so broadly to apply to everyone regardless of how long they had been here. Surely, only an idiot would try to apply to a Syrian who was a American Citizen and lived here most of their lives. If you do not use strict construction, then a broad interpretation would mean anyone of such heritage ever. That is really nuts.

First of all, the 9th Circuit violated its own precedent that states that a TRO is not appealable (see Bennett v. Medtronic, Inc., 285 F.3d 801, 804 (9th Cir. 2002)). The 9th Circuit then changed the character of the TRO and renamed it a preliminary injunction, which is appealable. The 9th Circuit acknowledged that a person who would not be granted a visa to teach at the university had no right to be heard in a US court, but the State of Washington could assert the rights for a potential employee just as doctors have been permitted to assert the rights of their patients (see, e.g., Griswold v. Connecticut, 381 U.S. 479 (1965)). The 9th Circuit then states: “We therefore conclude that the States have alleged harms to their proprietary interests traceable to the Executive Order.”

This reasoning is highly dangerous. Effectively, the precedent they are stating here is I can offer to hire someone from Iran and if they accept but cannot get a visa, then I have standing to argue their rights in a US court because it harms me. This is rather absurd for it would mean that every person has a right to go to court to assert the rights of some family member in a foreign country. The 9th Circuit has effectively extended the US Constitution handing Due Process rights to everyone outside the USA provided they have someone inside willing to go to court for them. The cases they cite for such rights are purely domestic. A doctor had the standing to argue for his patient who was a citizen. There is no expansion of this privilege to extend to foreign citizens outside the country no less for that could then circumvent even a visa process.

The American Revolution established the principle of TERRITORIAL JURISDICTION, which I have explained before. Since the foundation of jurisdiction is territorial, that means NO foreign person has ANY Due Process Right to enter the United States or to demand a right to be heard in a US court. The 9th Circuit hinted at such a right and that is outright WRONG, and this decision would be overturned by the Supreme Court. If we took that reasoning, then anyone can enter the USA and file suit that they cannot be deported.

Now, if they are already here on a valid visa or have a green card, then they are within the scope of Territorial Jurisdiction and have a Due Process right to be heard. This is TRUE because while they are here and commit a crime, they are also tried here. Before the Revolution, you were the property of your sovereign. A Frenchman could not be prosecuted in the USA but must be returned to France and only their king could punish them. The Founding Fathers then said they were revolting against monarchy so if they did not recognize kings, then the law and rights must apply to anyone PRESENT within the USA. Thus, Territorial Jurisdiction was born.

Guantanamo Bay was set up as a prison to keep these “terrorists” out of US courts. The theory was in fact using this Territorial Jurisdiction. However, the lease of Guantanamo Bay by Cuba to the US reads “while on one hand the US recognizes the continuance of the ultimate sovereignty of the Republic of Cuba….on the other hand the Republic of Cuba consents that…the USA shall exercise complete jurisdiction and control over and within said area”.

The argument was that Guantanamo did not technically belong to USA so habeas corpus could not apply denying the right for anyone to access the US courts. However, the most recent case law development has been in the US Supreme Court case Boumediene v. Bush where it was established Guantanamo detainees DID have a right to habeas corpus and are able to bring their petitions to U.S courts because the lease stated it was granting territorial jurisdiction to the USA.

In this instance, Trump has stated that he will allow the legal process to play out after a federal appeals court halted his travel ban, according to legal papers filed by the Department of Justice on Monday.

The 9th Circuit decision is very bad in and of itself. It seems to be politically motivated for as a TRO they could have simply said they did not have jurisdiction to hear the appeal. The fact they changed its character to a preliminary injunction demonstrates that they bent over backwards to review it so they could make a political statement. If they simply stated they did not have jurisdiction to hear the appeal, then the process would be no different and the district court would first have to rule. So what was gained? Political brownie points to help the media continue its assault on every possible thing Trump does. CNN says Trump will not call on them in press conferences so they will continue this war against Trump and arogantly say they will will and bring the government to its knees.