The French Elections – What Now? 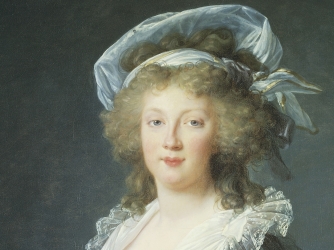 Macron won about 65% to Le Pen 35%. Even Obama came out in support of Macron which obviously confirms Macron is the supporter of the establishment – not change. The bias of the global press is clear in their labels. They label Emmanuel Macron as the “independent centrist” and Marine Le Pen as the “far-right” as applied by CNN – and we all know they are always for the establishment and against the people. Indeed, CNN seems to play the roll of Marie Antoinette who journalists reported she said “Let them eat cake” or in French “Qu’ils mangent de la brioche” upon learning that the peasants had no bread to eat, which back then was enriched with eggs and butter. Mainstream media has no regard for the people and they only attempt to manipulate the people to maintain the status quo. Mainstream media do not want to rock the boat any more than the bankers. They want to keep everything as is and are distinctly part of the problem why we are in this economic mess. The mere fact Le Pen beat all the mainstream parties since World War II distinctly illustrates that all is not well in the land of Oz these people live in. Le Pen’s showing that about one-third of the population are fed-up with the status quo forewarns this is not over yet. 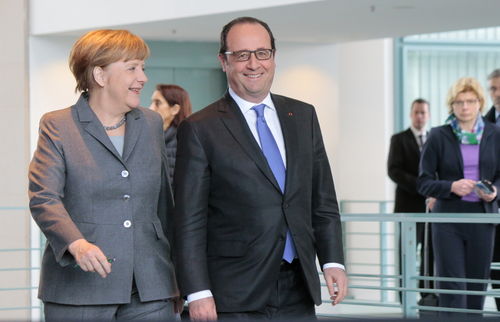 Still in France, that status quo is an economic storm of giant proportions that the Socialist Hollande has created destroying the French economy with every decree he introduced. France is a country that is bitterly divided and at great risk itself of yet another French Revolution. France is suffering from tremendously high unemployment, little to zero potential job growth, cursed by stagflation, and security worries that are the greatest among the European states. The unilateral act of Merkel accepting refugees supposedly from Syria that ended up being a wholesale invitation for anyone from all Islamic countries has devastated France who was never asked by Merkel in advance to accept these refugees. But Merkel’s unilateral act to save her own polls during her hardline position against Greece, demonstrated why the EU is a total failure. You have heads of states who can make independent decisions and the whole of Europe must suffer. 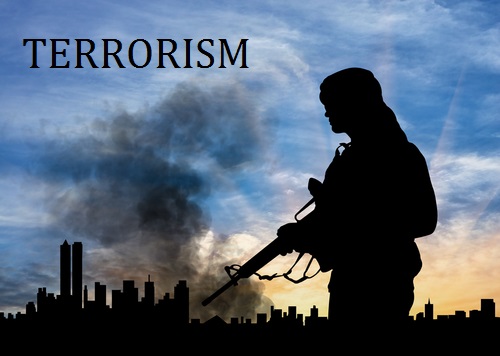 The French government has struggled to cope with immigration and integration crisis set in motion by Merkel, which is undermining both the French economy and French security. France has suffered terrorist attacks from the very people embraced by Merkel’s policy. It is only a question of when will the next French Revolution unfold. Civil Unrest is also rising in France and this may lead to a much broader revolutionary movement. The terrorists who attacked Paris were then linked to the terrorist attack in Brussels.

History repeats because the passion of man never changes. We are looking at France in the same strange position as when Louis XVI ascended to the throne. Then too the country was in the middle of a financial crisis and France was on the verge of bankruptcy. This was due in part to France’s costly involvements in the Seven Years’ War. In May 1776, finance minister Turgot was dismissed, after failing to enact reforms to correct the crisis.

On August 8th, 1788, the royal treasury was declared empty, and the Parliament of Paris, which was an assembly of nobles, refused to reform the tax system or loan the Crown any more money. To win their support for fiscal reforms, the Minister of Finance, Étienne Charles de Loménie de Brienne (1727 – 1794) , declared May 5th, 1789 for a meeting of the Estates General, which was an assembly of the nobility, clergy and commoners (called The third Estate), which had not met since 1614. Then on August 16th, 1788, the treasury suspended all payments on government debts going into default. Finally, on August 25th, Brienne resigned as Minister of Finance. He was replaced by Jacques Necker, a foreigner who was a Swiss banker. Necker was appointed Comptroller-General of Finance but could not be made an “official minister” because he was a Protestant.  Nevertheless, Necker was very popular with the common people.

On September 23rd, 1788, Necker reassured French bankers and businessmen should agree to loan the state 75 million livers, on the condition that the Estates General will have full powers to reform the system. The political turmoil was unleashed. On December 27th, 1788, over the opposition of the nobles, Necker announced that the representation of the Third Estate will be doubled, and that nobles and clergymen will be eligible to sit with the Third Estate. 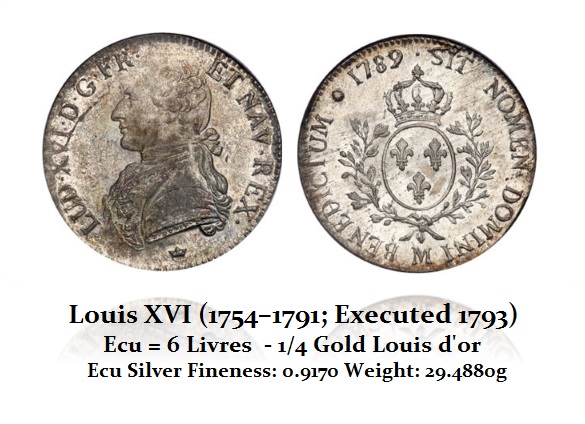 Necker actually published his report to support this claim showing the accounting of the crisis. He underestimated the deficit by more than 36 million livres or 6 million silver Ecu. Necker proposed restricting the power of the Parliament to protect the nobility. Necker also argued to be made a minister giving him the power to push through reforms. The King refused and Necker was dismissed.

We have reached that crossroads of economics/civil unrest that runs throughout history. We are on the verge of a serious Sovereign Debt Crisis once again. Here too we have governments seeking to track every penny and to eliminate cash to begin to just seize money from people’s accounts while cancelling passports to prevent anyone from leaving a country if the government believes you have money they can tax.

Mix in the same factors, regardless of the century, and you end up with the same result. Only a fool ignores the past and says this is the 21st century. That is how history repeats because those people never look back and ask – if we do this, what will happen? There have been 21+ civil uprisings in France since 1229. That is in line with the 8.6 year frequency  (8.615 * 4.307) = 37.104. This does not bode well for the future as suspected.

With Obama’s endorsement, Macron appears to be in line with our model that forewarns of a real economic crisis in Euro as we head into 2018.