When I was a kid, most police were kind, respectful, and actually there to protect society. Sure, there was some towns that were just greedy. My father took a local post as a judge in Cinnaminson, New Jersey. It was the politicians who told him they want the maximum fine for everything. My father refused and quit. It is not even the police who are ticketing people just for fun. There are quotas and pressure to raise money for the politicians. Governments are just going broke. Many of the police they bring in today are not like they use to be. They are much more nasty and aggressive.

All of these trends are alarming from civil asset forfeitures and tickets for everything in Europe where speeding tickets are fined a proportion of your net worth. All of this is seriously wrong and when government turned against the people, this identifies the trend at hand. This is part of the shift from Public to Private and with only 52% of Americans who now trust the police, this reflects how serious this shift on confidence has become. Gallup Polls have been asking this confidence question about trusting the police and the response has ranged fairly narrowly between 52% and 64% since 1993. Now, it is at historic lows of 1993. 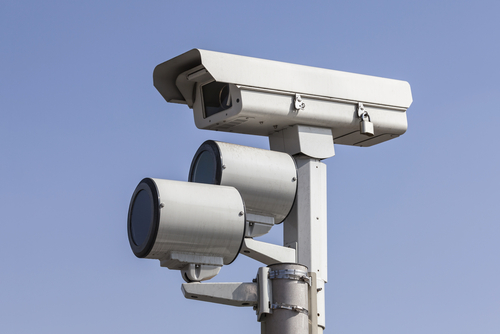 The attempt to raise revenue with red light cameras has exposed unbelievable corruption. Private companies pay to install the cameras for a cut of the fines. Florida Supreme Court ruled that it is NOT legal for the cities to continue to issue Red Light Camera Tickets in the manner in which they have been issuing them. In the Ohio hamlet of New Miami, the town was ordered to pay back $3 million in automated traffic fines levied against drivers along the stretch of highway the town straddles.

The former chief executive of Chicago’s first red-light camera vendor was sentenced to 30 months in federal prison and over $2 million in restitution for paying bribes to a city official to help procure the contracts.

New Jersey has the strictest yellow timing provisions in the country as a result of concerns that cameras would be used to generate revenue; they have a statute specifying that the yellow time for an intersection that has a red light camera must be based on the speed at which 85% of the road’s traffic moves rather than be based on the road’s actual speed limit.

Fremont, California is proposing to reimburse drivers who collectively received more than 1,000 red-light camera tickets during a period when it inadvertently shortened the time they could cross on yellow signal lights through a couple of  intersections.

The list of states going after red-light cameras is indicative of the entire problem that as government go broke, they fine people, raise taxes, and confiscate property. This is all part of the shift from Public to Private Confidence.