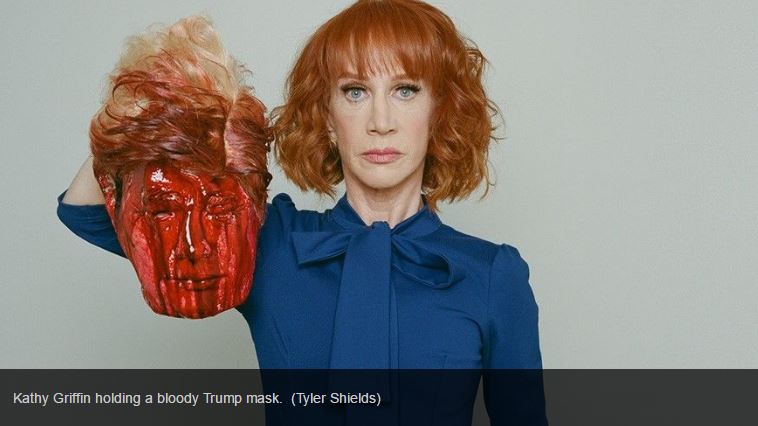 While Kathy Griffin apologizes for going tooooo far, that is obviously only because of the flack she got for even doing this photo. If it were Obama, she would be called a racist. The mere simple act of doing something like this is exposing just how dangerous the future truly is. We have the left who thinks it is their God given right to suppress if not kill anyone who disagrees with them. I for one am starting to lean for the break up of the United States and all the leftists please move to the left of the country and anyone else who wants freedom from these insane people, move to the right.

They never heard of freedom and that means to enjoy your own life, liberty and the pursuit of happiness without being told what to do by people who want to rule the world their way. I have always had a simple motto – live and let live. I ask for nothing but freedom from oppression. Tyranny is what these people preach. It is their way or no way. We need to separate or there will be blood in the streets. It’s very simple. I fully agree with Patrick Henry. They have no right to subjugate the 50% they seem to hate so much.