The Political Crisis in Germany Changes the Game 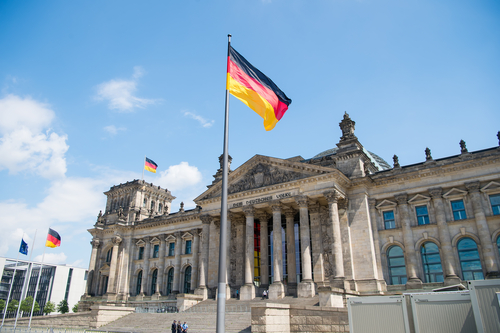 Merkel faces the worst crisis of her career and many behind the curtain are starting to wonder if she will even survive. The German Federal President Steinmeier could not actually order new elections immediately. The procedure in this regard is quite complicated in Germany. The earliest possible alternative would be to hold new elections come the spring of 2018. It is possible that the AFD is likely to gather even greater support from new elections. Nonetheless, the CDU will continue to support Merkel at least right now. However, the CDU has been severely weakened by the election and if we do not see new elections until the spring, there is a distinct possibility that Merkel’s support even within the CDU could collapse if they see the AfD will win even greater support.

The head of the Federation of German Industries (BDI), Dieter Kempf,  has chastised the political leaders calling on the SPD, FDP and Greens to form a coalition. The price that the SPD will demand is that Merkel leaves before they would consider any compromise. There is just bad blood now between the SPD and CDU. Of course, this makes it even more likely we see and even more difficult Brexit. The practical crisis is the fact that Merkel must attend to domestic issues and will not truly have the time or authority to assume a leadership role in Brussels.

This turmoil in German politics is actually shifting the stage to Macron. The uncertainty in Germany may be opening the door for Macron to reform the EU and the Eurozone pushing Germany to second place. The political fortunes for the EU may be far more uncertain than many suspects.