GDPR – Are You Ready?

The new so-called “General Data Protection Regulation” (GDPR) of the EU goes into full force on May 25, 2018. GDPR is a serious measure which is really designed to stem any criticism of the EU Commission. The claimed purpose is to stop propaganda pretending this will boost consumer confidence, revive the economy and generate billions of dollars in savings. What this is all about is the plain fact that this regulation will lay the foundation establishing a new layer of bureaucracy pretending to protect citizens but will burden the private sector since there are no specific injuries that are defined in advance leaving the enforcement arbitrary in the hands of bureaucrats at their discretion.

Across all of Europe, nobody understands exactly what is allowed and what is forbidden, who has to take what action, but the penalties of up to €20 million or 4% of your annual turnover are shocking. If you violate these uncertain rules when using personal data you can find yourself charged for simply doing normal business. This new EU regulation provides for a major threat to all companies in every field without exception. It appears to be clandestinely intended to be a revenue-raising tool that is just undefined. This regulation could be the straw that breaks the back of public patience and economic development in Europe. So far, such actions were always directed against individual industries such as the banks, which everyone else ignored since it was not their pocket being hit. This submissiveness unfolded more like the famous saying of Martin Niemoller (1892-1984) how the Nazi came for each group one at a time and nobody said anything until it was their turn and there was no one left to ask for help.

Nobody knows if it is even okay to congratulate a customer on a birthday. If you can only send one e-mail to people who have expressly agreed in advance, can you send any sort of greeting even for Christmas? You are not allowed to send these persons any suitable e-mail or ask them for authorization by phone. A letter with a request for permission to send an e-mail is permitted. Lawyers cannot interpret exceptions in the vague formulations for even that will be just opinions that vary from one lawyer to the next. Everyone wants, everyone needs clarity but it does not exist!

This legislation is akin to the Writs of Assistance entered by King George III, which sparked the American Revolution. 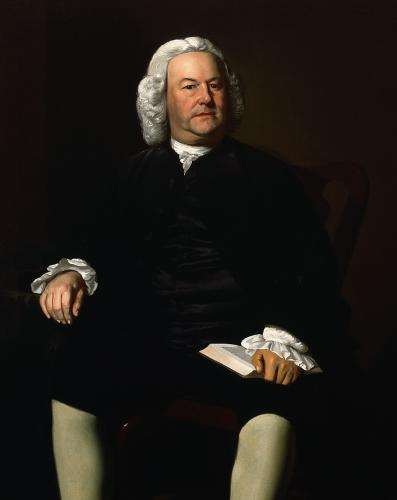 The defending lawyer against the King’s Writs of Assistance was James Otis (1725-1783) who pronounced these writs were “the worst instrument of arbitrary power, the most destructive of English liberty, and the fundamental principles of law, that ever was found in an English law book.” Otis warned that the king placed discretion in the hands of every agent to act as he desired. Nothing has changed for the government can do whatever it desires today and it is always the burden of the citizen to prove he has any rights whatsoever.

The EU has created the very same type of act. Allowing penalties to be imposed at the discretion of government agents without any clearly defined law is extremely arbitrary. The only thing truly defined are the penalties which can be up to €20 million Euros or 4% of the gross turnover of any business. Government agencies such as the judiciary, the police, the financial and intelligence services enjoy a special status, naturally.

Lawyers cannot even agree on whether the sending of an email by a company to a person is allowed or not for a birthday or holiday. Does there have to be prior consent to receiving an email? Some lawyers have warned that you may not be able to even send an email to ask for permission to send one. A company who sends unwanted emails commits a punishable violation of the regulation. Simply requiring to have an “unsubscribe” feature fails to comply with the law.

There are the countless emails we all get from Nigeria promising you are now a multi-millionaire just send your personal details so they can clean out your account. Just how is an EU regulation going to be applied overseas? Can a company that bombards people with emails constantly every day just because they look at their site but did not buy anything could be charged in Europe even if they are sending them from the USA. There is such a thing as territorial jurisdiction, but then again there is also extradition agreements. It appears that legitimate businesses will be hunted and fined for just doing commerce. The pretend emails that are criminally intended to grab your money or hold your computer for ransom will never be caught in the process.

The entire basis of Microsoft Windows is to push advertising and to take your surfing the net without any warning they are doing it. The latest Windows version was interesting. We turned off auto-update and two separate computers crashed at the same time and forced a reboot and then took 30 minutes to install updates. This seems that you cannot even opt-out even if you pay for the Pro Version. The vagueness of this law could actually call into question Windows when it is up to the discretion of an agent.

BTW – we do not sell anyone’s names, we do not send endless solicitations every day, anything we send as to notices of posts you must subscribe to for free.