Is it St Mark or Alexander the Great Buried in Venice? 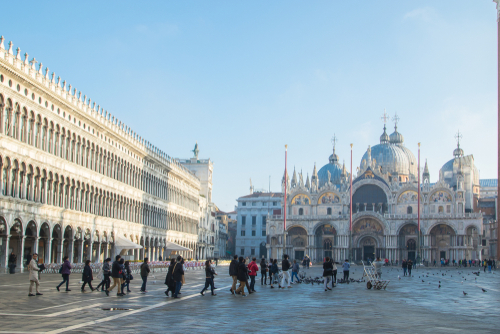 QUESTION: I just returned from Venice and I was told that they stole the bones of St Mark from Egypt and built a church there for them. The four horses on the Church they stole from Constantinople. It seems a bit strange that they would go take relics from somewhere else. Do you have any comments on the Venetian Empire and their kleptomania?

ANSWER: Venice had extensive trading connections with the eastern Mediterranean regions as well as an off/on relationship with the Ottoman Empire. Venice was the medieval center for the trade in antiquities as well as ancient coins. They loved history and it was a serious business in Venice. The Venetian gold ducat even rose to be an internationally accepted coin. This pictures St Mark standing giving a gonfalone to the kneeling doge (head of Venice). So indeed, St Mark was the center of Venetian culture. The four horses were from a chariot full size driven by Constantine which once stood in Constantinople before the Venetians conquered the city. They took just the horses back to Venice.

This interest in antiquities and relics first began in the Middle Ages and initially was focused on holy relics, which included removal of the bones of St. Mark from Alexandria in 828AD and moving them to what became known as St Mark’s Square. Most of the important early coin collections were actually formed through Venice. Andrea Loredan was a patrician of an old family of Venice dating back to the 12th century that occupied hereditary seats on the Great Council from 1297 onward. The family still exists today with the Palazzo Loredan Cini at Campo San Vio. Andrea Loredan was a serious coin collector who ordered an illustrated list of all his coins to be made in 1560 in order to help with their sale. A reproduction of that list has been produced by the American Numismatic Society – Irritamenta: Numismatic Treasures of a Renaissance.

With respect to the mummified body of St Mark, there is still a controversy that the remains are not that of St Mark, but Alexander the Great. Three early Christian sources stated that St Mark’s body was burnt after his death. As the story goes, the pagans seized Saint Mark in Alexandria, Egypt, when he was serving the Liturgy and beat him, dragging him through the streets and threw him in prison. On the following day, the crowd again dragged him through the streets to the courtroom, but along the way, Saint Mark died. The pagans were so angry and the Egyptian tradition was to preserve the body, so they wanted to burn the body in disrespect. It is said that when they lit the fire, everything grew dark, thunder crashed, and there was an earthquake. The pagans then fled in terror. Some Christians then took up the body of Saint Mark and buried it in a stone crypt on April 4th, 63AD.

During the year 310AD after Constantine, I the Great becomes Emperor in 307AD and two years before the Battle at Milvian Bridge on October  28th, 312AD, a church was constructed over the relics of Saint Mark. The Pope prayed a prayer on the grave of Saint Mark when the church was then a little chapel on the eastern coast containing bodies said to be of Saint Mark and some of his holy successors. The church was later enlarged in the days of Pope Achillas, who was the 18th Pope.

After the Siege of Alexandria in 641AD, the tomb of Saint Mark was no longer in Christian hands. The church was greatly ruined in 641AD when the Arabs invaded Egypt. Then in 680AD, Pope John III rebuilt the church. In 828AD a group of Venetian Christian merchants traveled to Alexandria and obtained the body of Saint Mark. As the story goes, these merchants used pork to prevent the Islamic authorities from inspecting what they were transporting. The Venetians and the body of Saint Mark managed successfully to make its way to Venice.  The church was destroyed again in 1219, during the time of the crusades, and was rebuilt once more. However, during the 16th century, the French explorer Pierre Belon mentions the founding of the church in 1547. 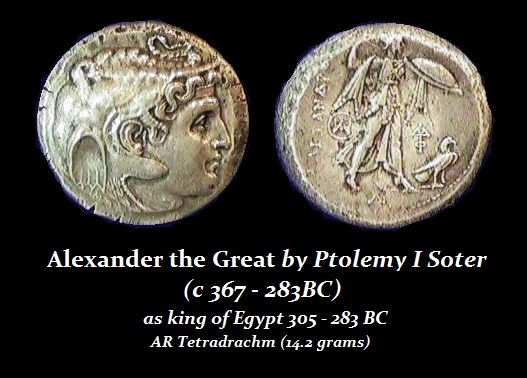 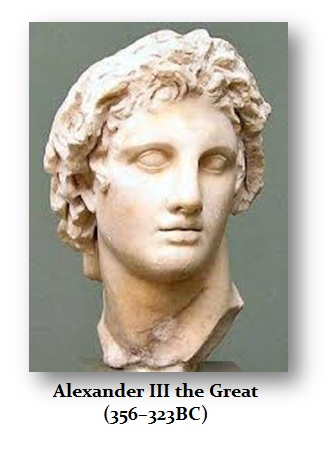 The other tomb of a mummified person in Alexandria was that of Alexander the Great. The location of Alexander the Great’s tomb has remained a great mystery. After the death of  Alexander in Babylon, the possession of his body became a subject of negotiations between his generals. Where to bury Alexander became a controversy. Aegae was one of the two originally proposed resting places. The body, however, was stolen en route by Ptolemy I Soter, the general who took Egypt. According to contemporary records for the years 321–320 BC, Ptolemy initially buried Alexander in Memphis. Sometime during the early 3rd century BC, Alexander’s body was transferred from Memphis to Alexandria, where it was reburied in a new tomb. It was this tomb that became a major tourist destination for hundreds of years. 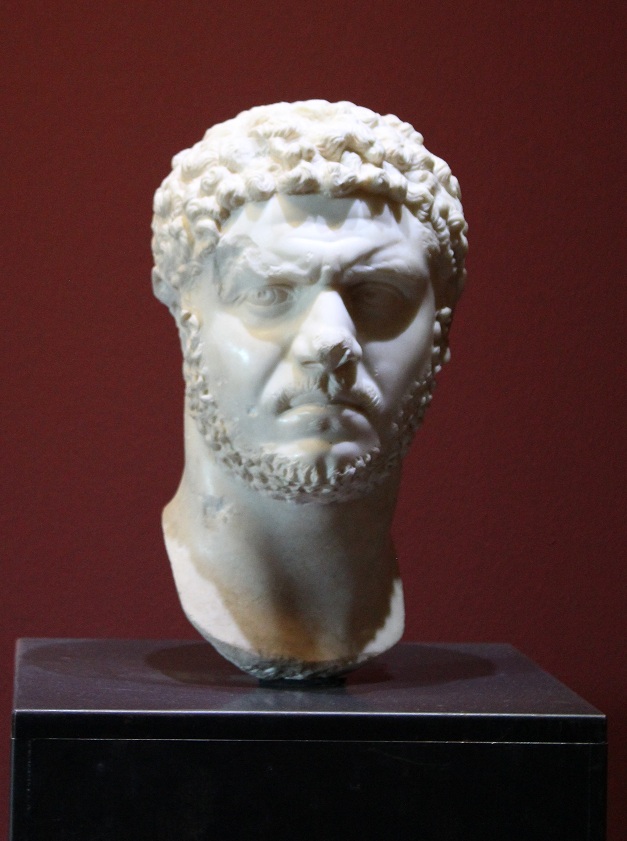 Julius Caesar paid his respects to the tomb of Alexander the Great. The first Emperor of the Roman Empire Augustus declined the opportunity to visit any tombs saying that he came to see a King and not a bunch of dead people. Emperor  Caracalla (198-217AD) had seen himself as the reincarnation of Alexander the Great. Caracalla even retraced Alexander’s route to Egypt however and in 215AD, Caracalla was warmly received when he visited Alexander’s tomb. For some unknown reason, he slaughtered many of Alexandria’s inhabitants shortly thereafter. It is known that Caracalla apparently left with a piece of Alexander’s body armor. According to chronicler John of Antioch, Caracalla removed Alexander’s tunic, his ring, his belt with some other precious items and deposited them on the coffin.

When John Chrysostom  (349 – 407AD), the Archbishop of Constantinople visited Alexandria in 400AD, he asked to see Alexander’s tomb and remarked, “his tomb even his own people know not”. Later authors claim to have seen the tomb during the 9th century.  Others claimed to have visited a sepulcher in the center of Alexandria that was still venerated as the resting place of Alexander. This seems to be unlikely given the fact that the Christians sought to destroy anything that was a Pagan worship. Therefore, credible historical references of Alexander’s tomb continued only until about 390AD, and then vanish. 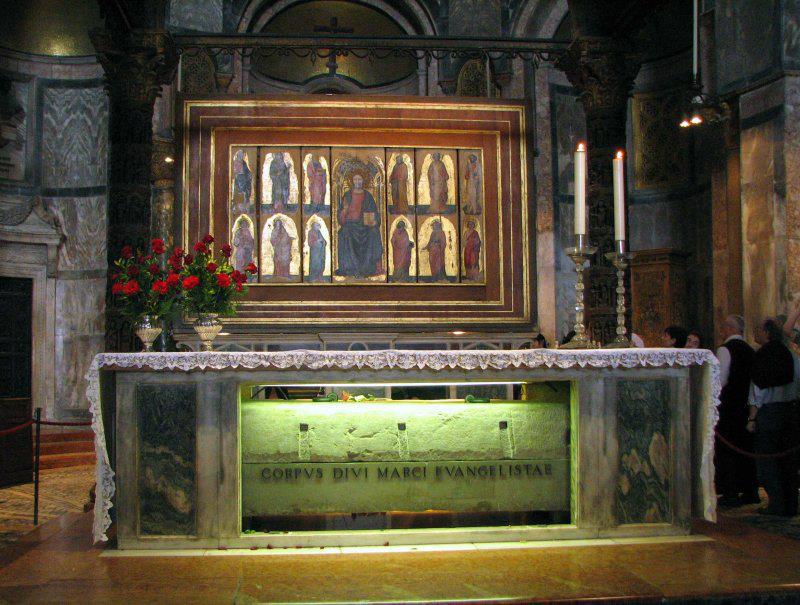 It has been argued that two years after the last historical reference of Alexander’s tomb, another tomb in Alexandria seems to surface after 310AD. But it is not the tomb of Alexander, the tomb belongs to Saint Mark. Saint Mark had been dead for over 300 years. Some have suggested that the mummified body of Saint Mark could, in fact, be Alexander the Great. The missing link is the question that if the Christians did indeed rescue the body of St Mark from the pagans and it was not burned, then was it mummified in Egyptian tradition or simply buried? If in 828AD a group of Venetian Christian merchants took a mummified body, was it really St Mark? Could the pagans have rescued Alexander’s body from the Christians who would have certainly destroyed it in their rage and placed it  in a church pretending it was St Mark to protect it?

The Copts (Greek Orthodox Christians) believe that the head of St. Mark remains in a church named after him in Alexandria, and parts of his relics are in St. Mark’s Cairo’s Cathedral. Some believe that the rest of what are believed to be his relics are in the St Mark’s Basilica in Venice, Italy. However, back in 1063, during the construction of a new basilica in Venice, Saint Mark’s relics could not be found. According to legend, in 1094, the saint himself revealed the location of his remains by extending an arm from a pillar. The newly discovered remains were then placed in a sarcophagus in the basilica pictured here. There remain many questions about the body in the church. In Egypt, every year, on the 30th day of the month of Paopi, the Coptic Orthodox Church celebrates the consecration of the church of St. Mark and the appearance of the head of the saint in the city of Alexandria. This takes place inside St. Mark Coptic Orthodox Cathedral in Alexandria, where the saint’s head is said to be preserved.

The whereabouts of Alexander’s body remains one of the great mysteries yet to be resolved. Some argue it was buried in a remote community outside of Alexandria. A DNA test of the body in St Mark’s of Venice would resolve the issue and settle the question is the person of Greek or Semitic origin? Naturally, such a test would never be allowed for what if it showed it was the body of Alexander the Great? Can you imagine what that would do to Venice?