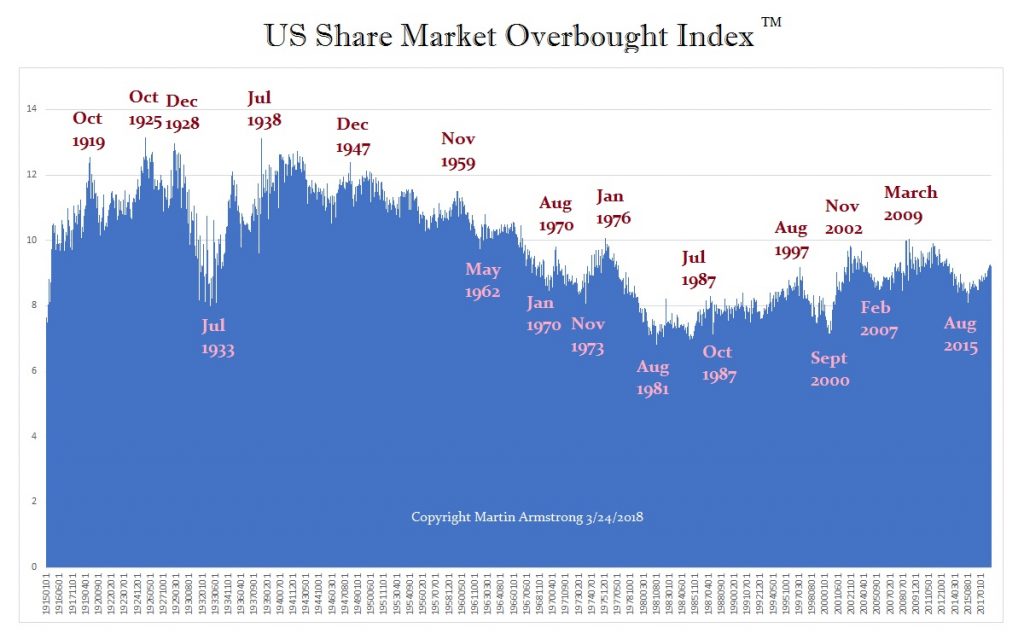 QUESTION: Where does your overbought index stand on the stock market?

ANSWER: This Index is proprietary. It peaked at 12.55 during October 1919 as capital had flowed to the United States due to World War I. The Index then declined thereafter into the August 1921 bottom at 10.40. From this point, the Index rallied into October 1925 peaking at 13.16, fell back for 15 months bottoming again in October 1927. The final rally lasted 14 months peaking at 12.95. The bottom came in July 1933 about 13 months after the actually low in nominal dollar terms during June 1932. 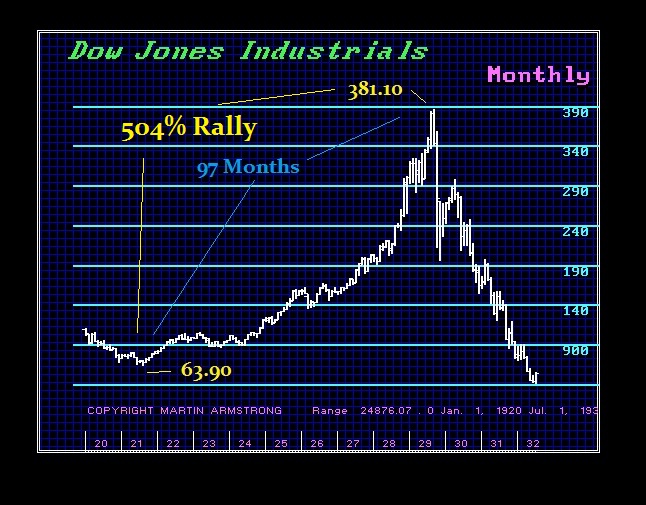 This index is proprietary and it affords us a look at the asset class from a global perspective. This is part of the reason we have been warning that the bull market is by no means overbought and the bulk of forecasting out there has made this the most hated bull market in history because they look only at the nominal index without placing it within its global context.