When is the Next Megathrust Earthquake Due? 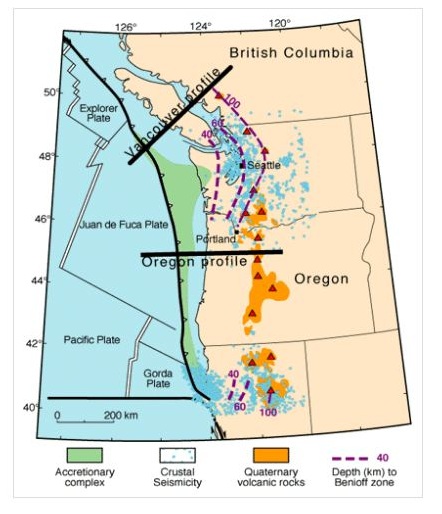 QUESTION: Dear Mr. Armstrong, What do you make of the risk from the Cascadia Subduction Zone, where two major plates are stuck? Scientists ‘predict’ a major earthquake up to 9.2 on the Richter-scale and the following tsunami, that could level Seattle and other cities in the Northwest. A major earthquake – that occurs there every 240 years the last 10.000 years – would be overdue by over 75 years already. You warn about an uptick in earthquake activity the coming years: will this be the feared big one for the US? I’m following you since I saw you on Dutch television and watched the documentary – and it was deeply impressed. Looking forward to your documentary about the unfolding euro crisis!

ANSWER: That is a very good question. Most people have never even heard of this fault. It is the big one of them all. The Cascadia Subduction Zone (CSZ) is what is known as a”megathrust” fault which is a 625 miles long (1,000 km). It is a dipping fault which stretches from Northern Vancouver Island to Cape Mendocino in California. This separates the Juan de Fuca and North America plates. New Juan de Fuca plate is created offshore along the Juan de Fuca Ridge which moves toward the North American plate and eventually pushes beneath the entire continent. This one is no joke. It is the ONLY fault which is capable of producing earthquakes that are greater than M8.5 and can reach into 9 to 10 level on the scale. In fact, the CSZ has already produced magnitude 9.0+ earthquakes in the past. It is not 75 years overdue according to our models. We entered the danger zone only in 2009, which then turned sharply higher in February 2018.

There are no exact records, so it is nearly impossible to develop an accurate forecast with only one actually known date. The geological evidence can only tell us that there have been 7 such events in past 3,000 years. That would produce an average cycle of 428.57 years. This is not much help. We need to correlate this with the energy output of the sun since most volcanoes tend to erupt during Solar Minimums. Indeed, the last megathrust earthquake took place on January 26th, 1700 (1700.071) during the Maunder Minimum. We are watching the energy output of the sun drop faster since 2015 than anyone thought possible. This means that the first ideal target would be ideally 320.78 years from that last event or 2020.85 (November 6th, 2020). 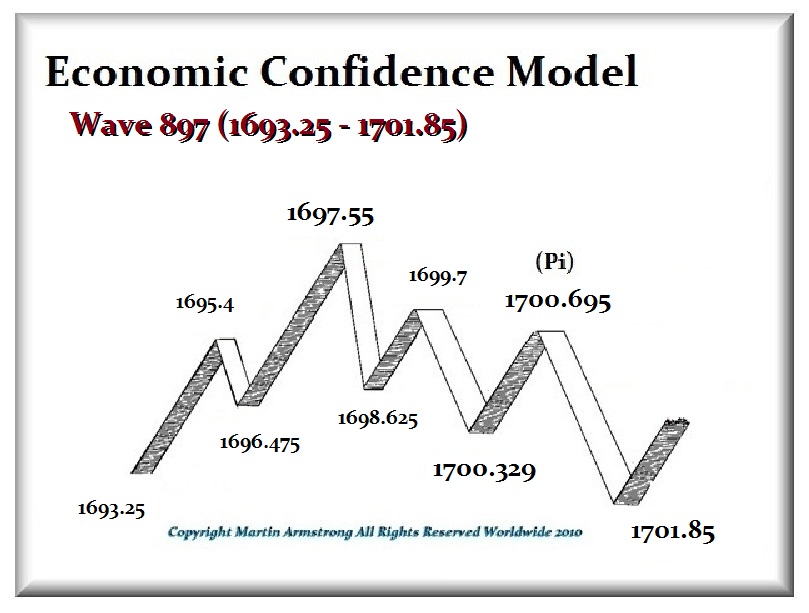 Unfortunately, do not expect this event to take place on that exact date. All we have is just one known date 1700.071. Correlating that with the activity of the sun, we can at best come up with an approximation for the event. We have no way of predicting the exact date when there is little historical definitive evidence. Look at the ECM Wave at that time #897,  we can see that the megathrust earthquake of 1700 took place going into the Pi target. If the date was correct, then 1700.071 is just a few weeks ahead of schedule.

In any event, we are by no means 75 years overdue. That is simply using an average for events.