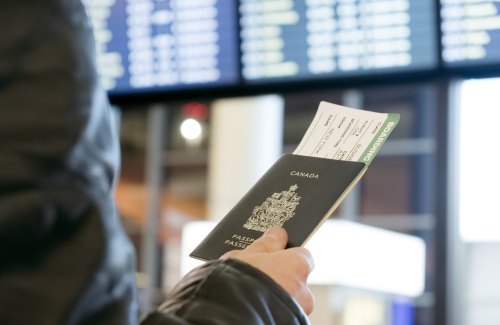 COMMENT: Just to chime in, I discovered the 6 month rule when I tried to fly from Toronto to LA. They would not let me on the plane.

REPLY: It appears that if you are Canadian and drive across the border that seems to be OK. But if you fly, then they do all the checks and the airlines tend to be the enforcers. You should always have an address where you are staying no matter what the country. So make sure you have the hotel name and address. A friend of mine in Montreal was sending his daughter and her friend to Philadelphia to visit the sites. He asked if I would make sure they were OK and got to the hotel. I said no problem. I went to the airport to pick them up. She spoke broken English and did not know the hotel or address. Her father booked it and she knew I would be there to take them to the hotel. When confronted by border guards, she could not answer that question and handed the guard her phone and told him to call me. My phone rang and it was the guard. He acted surprised that I was actually there. He then bluntly asked how was I going to communicate with them. I responded in French, asking him if he spoke French. Of course he did not. I explained I knew her father and asked what was the big deal, they were Canadian. He was nasty and replied that they were still aliens. He let them pass and I was shocked that he at least called me instead of just putting them on the next plane back at the government’s expense. Generally, over 200,000 people are denied access at the border each year.

The IRS Can Deny You A Passport?