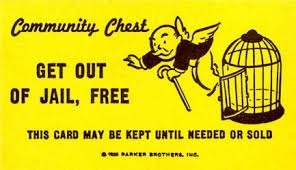 COMMENT: Thank you for opening my eyes on the hunt for money by cash-starved governments! My wife was a registered nurse in India and is attempting to get her RN license in California. She applied for the nursing license exam in August 2015, and the fee was the same for international and California graduates ($150). She’s taking a review class now with other international graduates and they told her the fee is now $750! There are already a lot of registered nurses from foreign countries in California. I doubt the state is trying to discourage foreign accredited nurses but rather is trying to get as much money as they can. The fee for graduates from California increased by 100% to $300. I’m amazed the state is getting away with this.

REPLY: A private company cannot raise the price of something after it is agreed upon. This is the problem with governments. They are exempt from all the same laws and ethics that apply privately. Social Security is a Ponzi scheme as are most pension funds. They require fresh money to keep coming in to fund past debt. When the World Trade Center was built, it was the Port Authority. This was excess money they made from tolls. Because it was a government entity, they saved money and did not put in sprinklers in the stairwells. A private contractor would have gone to jail for life. There are always two standards for private v public.

Even when Congress passed Obamacare, they exempted themselves.

The Agenda Behind Global Warming

Are Terrorists Smarter Than We Think?