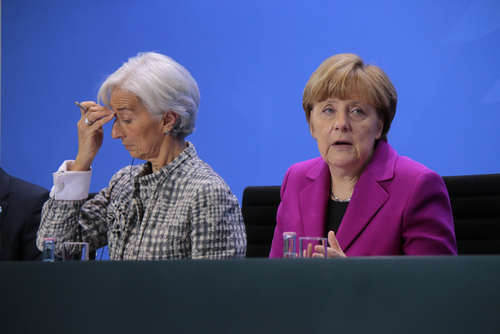 QUESTION: Mr. Armstrong; I know you say you do not advise the IMF. But whatever you write, they follow and repeat. So they are following your blog at least and they implement whatever you say. This is very curious. They are now saying that Germany’s export model economy is threatening the world economy. You were the first to even differentiate domestic compared to export model economies. Do you care to restate that you do not advise the IMF?

ANSWER: I do not deny that probably every government is reading this blog. That is the way it goes. They have realized that we not merely advise institutions, but we also report on trends that are not the subject matter of mainstream media. That said, we DO NOT HAVE any consulting agreement with the IMF. I have met personally with IMF board members. Yet keep in mind that does not mean that boards are unanimous in their decisions or beliefs.

What you are referring to is the IMF’s chief economist Maurice Obstfeld, who pointed out writing in the newspaper Die Welt (The World), further expansion of the German trade surplus would put financial stability at risk. He wrote that Germany’s continuing high trade surpluses are making Germany responsible for the increased crisis risks for the global economy with respect to trade disputes. He has also stated that there are no immediate threats to excessive trade imbalances in Germany. What he is talking about is with respect to global trade imbalances are promoting protectionist tendencies.

Keep in mind that everyone looks at the Current Account. I have stated numerous times that the Current Account also includes investment in buying government debt. The German Current Account surplus is now declining. Much of this was being driven by the internal capital flows within Europe moving to Germany as a hedge against the collapse of the Euro where the trade became the assumption that they would end up with Deutschemarks when the Euro collapsed. 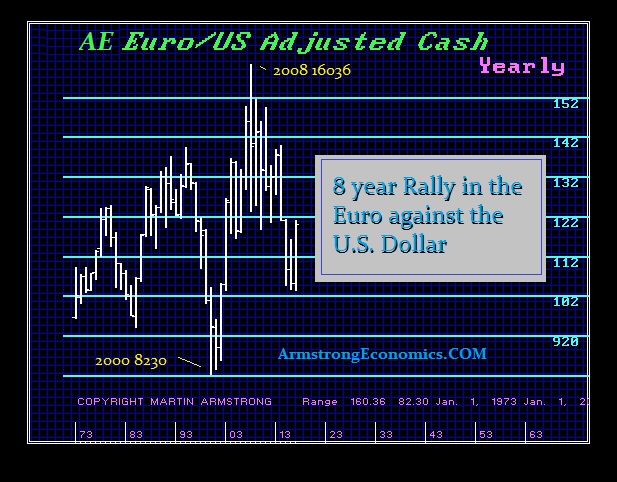 Germany’s Current Account surplus peaked in 2015 at 8.9% of economic output. Last year it was still at the 8% level. The IMF classifies this 8% level as risky. This is by no means a sign that the Germany economy is booming. Actually, it has been the currency that has accounted for more shifts in manufacture than anyone would guess. The rise in the Euro from 82 cents to $1.60 between 2000 and 2008 was significant. By 2017, The German car manufacturer BMW actually produced 1.98 million passenger cars and light trucks built in the United States and were exported from there in the USA – not Germany. If we look at the dollar value of BMW exports from the USA, this accounted for $57.04 billion of U.S. international trade. BMW has actually become the largest manufacturer component that is being produced in the United States – not Germany.

Donald Trump has criticized Germany for its high trade surpluses. The USA is Germany’s largest export market. The current account includes the exchange of goods and services between states as well as the movement of capital. I have stated before that if we allocate trade according to the flag the company flies, then the USA has over a $2 trillion trade surplus. Are the BMWs exported from the USA German or American trade? They are creating American jobs, but the cars say BMW and people think they are imported.

Germany is using an old world mercantilist philosophy and assumes that an export-driven economy is THE number one objective. This is why German politicians were in favor of the Euro. It was Helmut Kohl who really pushed for the Euro to eliminate the FOREX risk to increase German exports. The IMF is repeating perhaps my observations of the Domestic v Export model economies. The shift to this focus seems to be driven by the trade dispute and negotiations with Trump. I am not so sure they are actually going as deep as I have with respect to the economic structure of economies. We all cannot have trade surpluses. Someone has to have a trade deficit. This is their focus whereby I and looking at the structured design. I am writing that for China to become the Financial Capital of the World, they MUST abandon the Export Model of Germany and shift to the Domestic Model to expand its economy that then supports the world as does the USA currently. Slight difference.