Is It Time for Judicial Reform? 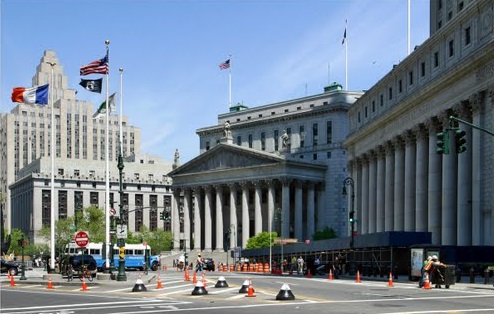 Trump really needs to clean house when it comes to the judicial system. It is just totally out of control and they have long held themselves above the law. The majority of judges outright deny human rights in America, civil rights, and ignore the Constitution when it suits them. Trump needs to do what they are doing in West Virginia when the entire Supreme Court is being impeached. One judge has been indicted and is standing trial in October. Corruption is just off the charts. In this case, it is a Federal Prosecutor charging a state judge. We REALLY need desperately an independent commission to which complaints can be filed about federal judges and judicial officers. The corruption and bribes are destroying the rule of law.

In my own case, I discovered that the judge was changed all the transcripts. I confronted him in open court and he did not deny “editing” the transcripts, but he claimed he did not recall changing anything “material” and at that moment under the law, he became a witness in my own case but refused to recuse himself. Legally, I should have been allowed to call him to the stand under oath and interrogate him as to the materiality of all the changes I specified he was making in the record. There was $400 million stolen from the company authorized by the court. I have never been able to even put this to a trial. Whenever I filed an appeal, the 2nd Circuit lost it. The 2nd Circuit NEVER would allow me to exercise my Due Process Right under the Constitution to be heard on this issue.

The 2nd Circuit actually ordered the Southern District of New York judges to “revise” the practice of changing the transcripts in:

The judges NEVER did. You have no idea that the words you say even under oath will be recorded or changed to make it a crime. They do not allow audio recordings in court because they would get caught changing the transcripts. To my shock, this case on changing transcripts appears to have been removed from FindLaw and many other sites and appears to be yet a cover-up that is ongoing. Here is what the court of appeals wrote in Zichettello:

The Southern District of New York follows a practice that is unusual and perhaps unique. ….

The problem in the instant case has led lawyers on both sides to highlight a problematic practice in the Southern District of New York and has prompted one of them to ask this court to order that the practice be eliminated. See Leiwant Decl. at 2. According to lawyers for both the government and defense, as well as Bologna, the “standard practice” in the Southern District is for a court reporter to submit the transcript of jury instructions to the district court before releasing it to the parties. See id.; Pomerantz Affirm. ¶ 11; Bologna 4/99499 Aff. ¶ 3. The district court is free to alter the transcript, and any changes are incorporated in the “official” transcript without disclosing such changes to the parties. See Bologna 4/99499 Aff. ¶ 3. According to counsel, the Southern District is somewhat unique in this practice. See Leiwant Decl. at 2.

Courts do not have power to alter transcripts in camera and to conceal the alterations from the parties.11 Given the issues that arose in this case as a direct result of this practice, there appears to be little justification for continuing the practice in its present form. To be sure, a procedure that corrects obvious mistakes in transmission is useful, and the parties have little interest in closely monitoring such a procedure so long as the alterations are cosmetic. Monitoring by the parties, however, provides some assurance that only cosmetic changes will be made or, if not, that changes will correctly reflect what transpired in the particular proceeding. Moreover, there is little cost in informing the parties of cosmetic changes or at least of directing court reporters to give parties access to the original transcript when they request it.

Nevertheless, whether we have the power to order a change in such a practice is unclear.12 We review judgments, and our review of the convictions and sentences here may not be an appropriate vehicle for the fine tuning of this practice. However, we invite the judges of the Southern District to consider revision. 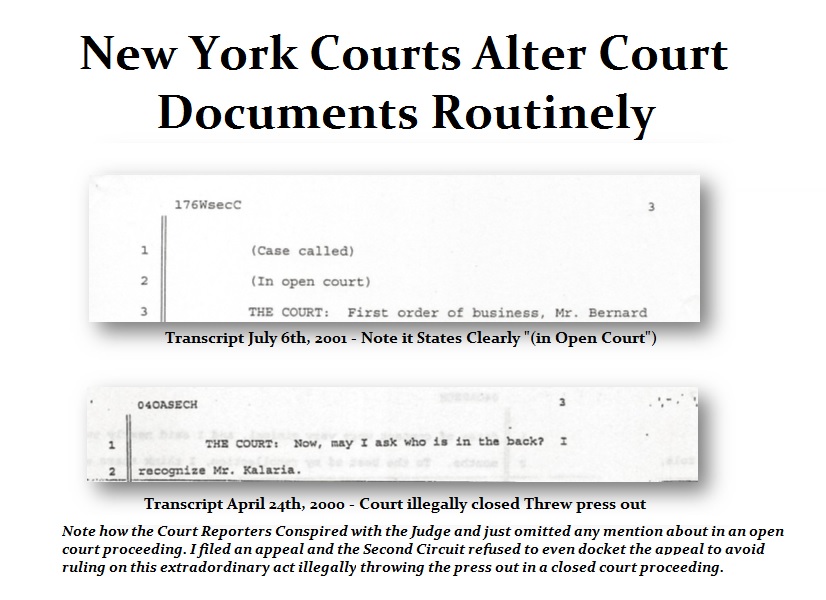 You are supposed to have a right to a PUBLIC TRIAL. In my case, the judge threw the press out and closed the court when he took all the lawyers away. Again the Transcript was altered, but the court reporter omitted the fact that the judge threw everyone out and simply never recorded those events. The transcript omitted the beginning standard phase “(In open court)”. Of course, I tried to appeal and once again the 2nd circuit REFUSED to ever docket that appeal. The level of corruption is just off the charts I suppose when $400 million is being stolen. 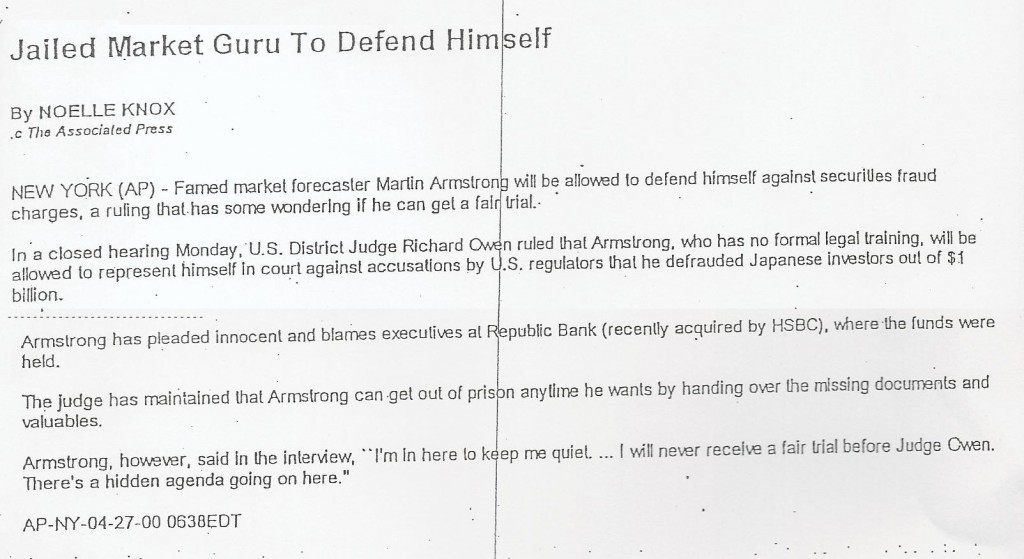 The reporter from the Associated Press, Noelle Knox, even had the guts to walk right up to the bench and object to the press being thrown out. He had her escorted out of the courtroom. In her account, she even published “In a closed hearing” which is against every principle of a free society yet there was NO WAY to appeal when the 2nd Circuit would never docket appeals whenever I sought to challenge the court.

I am by no means UNIQUE. This is a standard practice going on in the Judicial System in New York to this day. Any property has no value when you cannot have a court of law to validate any claim because the court rules in favor of whatever the government position will be. That is the cornerstone of civilization. Without the rule of law, there is no economy! If Trump wants to “drain the swamp” he has to start with the Judicial System.

If you really want change, forward this to every politician you csan get their address.