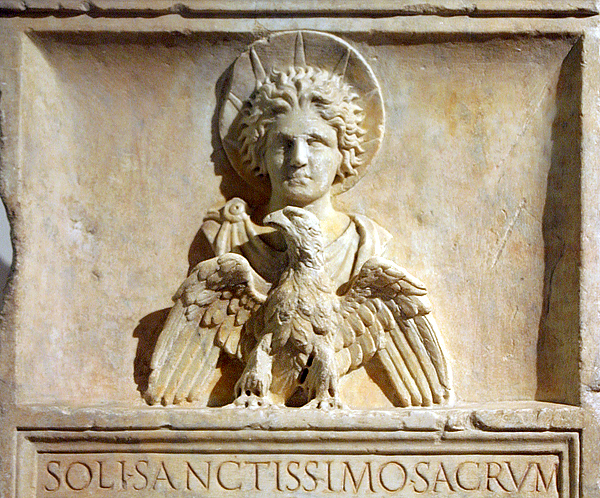 QUESTION: Hi Marty. I was wondering if you knew about the ancient Roman

holidays? I was wondering if they had a big commercialized Holiday
like Christmas but pagan Roman? I figure since you fund a lot of
research you might have the best answer.
N 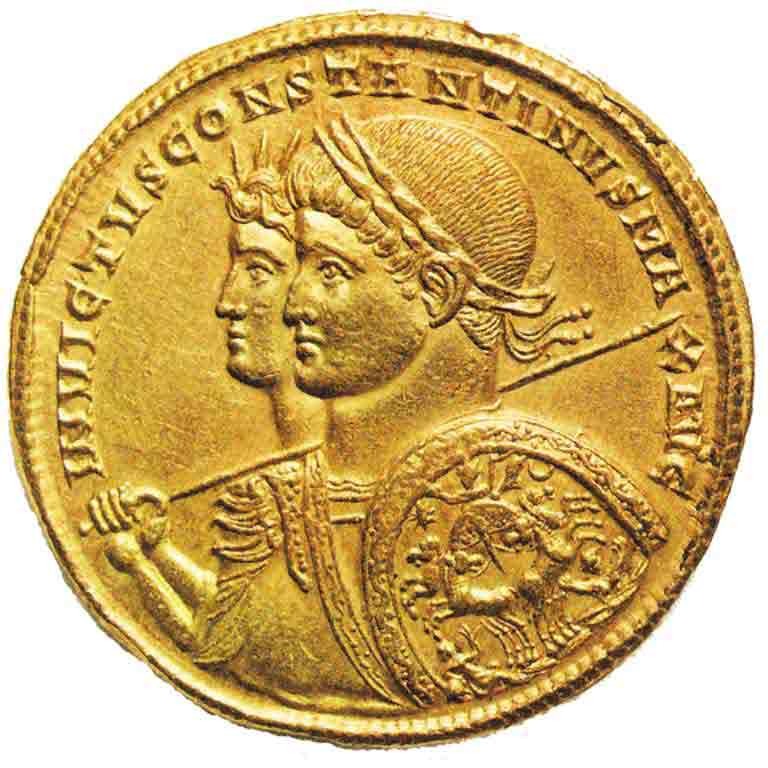 ANSWER: Yes, it was December 25th which was the feast of the sun god Sol. Here is a gold medallion of Constantine with Sol. Nobody knew the day Christ was born, so with most holidays, they rapidly lose their meaning. We have Veteran’s Day and Labor Day but they are just party days for most people. They lose their original meaning. That was the case with Sol. You could not remove a holiday that was always celebrated so they made it Christmas. The connection between Sol and Christ was that both were seen as supreme. Sol was named Sol Invictus meaning invincible for he appeared every day to give warmth and life..

As far as exchanging gifts or small figurines known as sigillaria, that took place on the Holiday of  Saturnalia which was the feast of Saturn celebrated on December 17th. The two holidays became merged in December 25th with the commercial aspect of gift giving. The image of Sol became the Statue of Liberty.