Well, the conspiracy takes are red hot that the aliens are coming and just waiting for us to self-destruct with World War III so they can inherit the planet. Believe it or not, three US senators were given a classified briefing about UFOs which have been seen traveling at hypersonic speed by US Navy pilots. It seems the story has hit several sources including Politico. 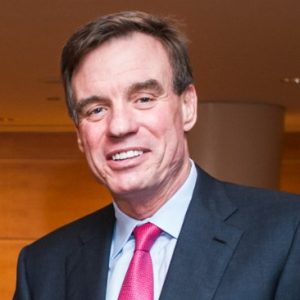 A spokesperson for Sen. Mark Warner, the vice chairman of the Senate Intelligence Committee, has confirmed that he was present at the briefing and made a public statement. “If naval pilots are running into unexplained interference in the air, that’s a safety concern Senator Warner believes we need to get to the bottom of.”

Back in the early 1980s, there was a major sighting of a UFO which streaked across the sky from Princeton, New Jersey out past Trenton and off to the shore. New Jersey has actually been one of the hot spots where UFO sightings are far more common. 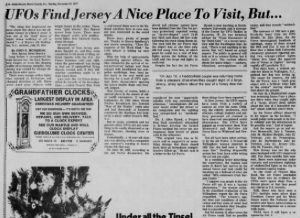 I actually saw one of these saucers take off when I was late and cut through a field trying to get to a party with a girlfriend in the late ’70s in Princeton. There it was, sitting in a field, and as soon as my lights got close it took off with such blinding light I had to slam on the breaks. There was absolutely no sound – just white light. My girlfriend said we had to call the press. I told her no way, I was a businessman and I could not get involved. The next day, the front pages of the Trenton Times reported thousands of people calling in about a UFO which streaked across the sky.

I found three things very curious. First, I had long been told that out by that field there was a secret base underground which the government had constructed so why would such a vehicle be just sitting in a field near this base? Secondly, the blinding white light and the absence of sound meant the engines had to be magnetic rather than a combustion fuel. The third strange aspect was that it abruptly went straight up, stopped dead, and then made a right horizontal turn at incredible speed. This meant that there had to be some gravitational technology for no occupant could survive such G-forces.

My conclusion was that these were not aliens, but most likely secret technology we created. I had an uncle who was a Navy pilot during the Korean War over the Pacific and said that the pilots would often encounter UFOs back then as they seem to be doing again. Indeed, there were reports carried out in 1947 and 1949, and then there was the major incident of 1952 UFO sighting which was a series of the unidentified flying object reported from July 12 to July 29, 1952, over Washington, D.C. These were perhaps the most publicized sightings that took place. The History Channel covered the story. The radar operator Howard Cocklin did an interview before he died.

There could be the explanation that a secret program exists with technology from the famous Roswell crash, or perhaps it is someone from the future who has figured out how to bring Einstein’s theories of time to practical implication using gravity. It just seems to me if they were aliens, they have come a long way to just observe a primitive race. Is the rash of new sightings involving people from the future here to observe how World War III begins?

Whatever the explanation, it is the fuel of Scfi movies and conspiracies. Of course, if they really are aliens, perhaps they will come to fix the pension crisis and eliminate the corruption in governments.