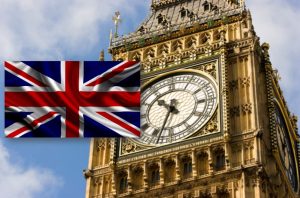 Britain has been a major center stage player in expanding the world economy every since the 17th century. The London Stock Exchange was the place to list your company to get into the big leagues. Now the British Labour Party seems to be joining with the extreme left in Climate Change known as the Extinction Rebellion. They want to delist any company from the London Stock Exchange they deem is not complying with their demands for climate change.

I have always had a soft-spot in my heart for London. It was the only city I could actually live in. It pains me to watch the slow demise of Britain and this latest suggestion running around that Labour embraces booting out any company they deem to be not complying with their demands just a sure-fire way to make sure that the British pound will indeed break the 1985 low. The most extreme projection for the pound going into 2021/2022 is actually 61 cents to the US dollar. The support lies at the 11475 level and at the 10900 level. The more reasonable target for a low in the years ahead lies at the 95 cent level. It certainly seems that if Labour EVER gets a hold of government, that will be the final nail in the British pound. There will be no recovery thereafter.