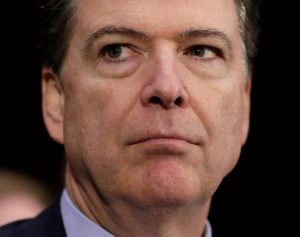 Inspector General Michael E. Horowitz’s December 9th, 2019 report clearly lays out that their informant Mr. Stefan Halper actually recorded conversations that were exculpatory and would have denied any authority to wiretap Trump’s campaign. Mr. Halper was a long-standing Washington national security expert and a Cambridge University professor. He managed to finagle himself to be friends with George Papadopoulos and Carter Page, while covertly attempting to engage with a senior Trump campaign official in New York.

What he recorded would have denied the wiretap had it be presented to the court instead of withheld. The Inspector General made it very clear that the FBI withheld those tapes from four sworn affidavits agents presented to federal judges to authorize Foreign Intelligence Surveillance Act (FISA) electronic and physical spying on Mr. Page. This is outright fraud.

Nevertheless, government prosecutors can wrongly convict innocent people and the court of appeals will turn a blind eye to what any rational person would call outright corruption. When a key prosecution witness lied on the stand during a murder trial, and the judge and the lawyers all knew it, and they still try to make sure the person is found guilty, it is a situation that is just unimaginable. It denies every principle upon which the American Revolution took place.

Sixty years ago, the Supreme Court held that a State deprives a person of liberty without due process of law if it convicts him by knowingly using false testimony, and it imposed on the prosecutor the duty to see that perjured testimony is corrected. Napue v. Illinois, 360 U.S. 264, 269, 79 S.Ct. 1173, 3 L.Ed.2d 1217 (1959). Comey has acted unconstitutionally and deprived both Page and Trump of Due Process of Law. Of course, nothing will ever be done for they do not prosecute for heads of the FBI.