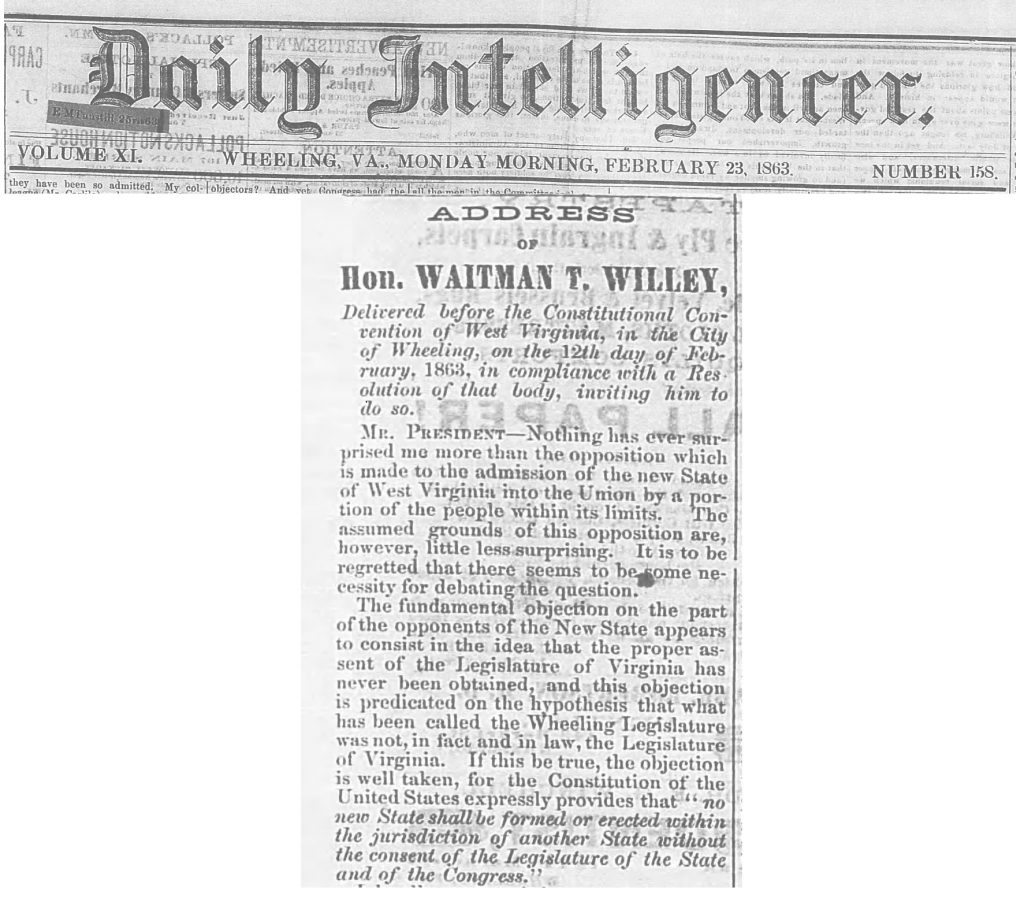 US Constitution: Article IV: Section 3
New States may be admitted by the Congress into this Union; but no new State shall be formed or erected within the Jurisdiction of any other State; nor any State be formed by the Junction of two or more States, or Parts of States, without the Consent of the Legislatures of the States concerned as well as of the Congress.

The interesting question was that since Virginia moved and joined the Confederate States, was their consent still required if they did not regard themselves to still be a state of the union? Hence, West Virginia was formed during the American Civil War (1861–1865) and is actually the only state to form by seceding from a Confederate state. The western part of the state of Virginia (1776–1863), was deeply against the views of the rest of Virginia over slavery. The population of West Virginia moved to separate from Virginia and was formalized by admittance to the Union as a new state in 1863.

The Trans-Allegheny portions of Virginia perceived that they suffered under an inequitable measure of taxation by which they bore a disproportionate share of the tax burden in the state which is often a common complaint under socialism. They have argued that the Trans-Allegheny region has been denied its equitable share of representation in the government prejudiced by a large number of people demanding benefits from Richmond.

The realization that when the majority demands benefits from those who produce, much like Rand’s Atlas Shrugged, then the majority can impose tyranny upon the minority and thus government no longer becomes the unbiased arbitrator within society. The neglect for the interests of many of the remaining counties of the Commonwealth of Virginia is at the heart of this rising separatist movement.

More recently, the government at Richmond has adopted the restraint upon the rights guaranteed under the Second Amendment of the United States Constitution to the citizens of that Commonwealth. In the months since Democrats took control of Virginia’s government for the first time in over two decades, over 100 localities across Virginia have passed resolutions declaring themselves “Second Amendment Sanctuaries,” stating that they’re opposed to any bills which would restrict Second Amendment rights.

There is rising tension in Virginia ever since the Democrats took control of the State.