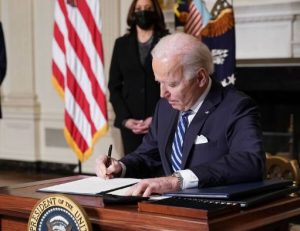 Biden signed into law the Inflation Reduction Act this Tuesday, wasting $437 billion of taxpayers’ dollars. “I’m keeping my campaign commitment. No one — let me emphasize this — no one earning less than $400,000 a year will pay a penny more federal tax,” Biden said before signing the legislation. Biden refused to take questions at the signing event.

Yet, independent analysis has shown that this proposal will harm small and medium businesses. “Most small businesses are organized as pass-through entities — LLCs and S Corps,” James Lucier, managing director of Washington-based policy research firm Capital Alpha, told The Post. “Proponents of increased auditing specifically say they want to target pass-through entities, which inherently means targeting small business and small business owners.” Lucier explained that smaller companies would be unable to fight back. Only large corporations have specialized lawyers to review everything and adhere to the plethora of laws. 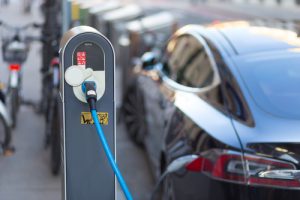 The big companies are already using Biden’s failed plans to make a profit. The Inflation Reduction Act primarily pays for climate change controls, and they slipped in a $7,500 tax credit for those who can afford an electric vehicle (EV). So what did the companies do? Ford and GM simply raised the prices on their EV to match or exceed the tax credit.

Let’s not forget the 15% corporate tax minimum. Costs are always passed onto the consumer. Not a single Republican voted for this bill. Democrats are the enemy of the middle class — the wolf in sheep’s clothing.

The post Democrats are the Enemy of the Middle Class first appeared on Armstrong Economics.