“BREXIT” Report Provides the Truth about Remaining in the EU 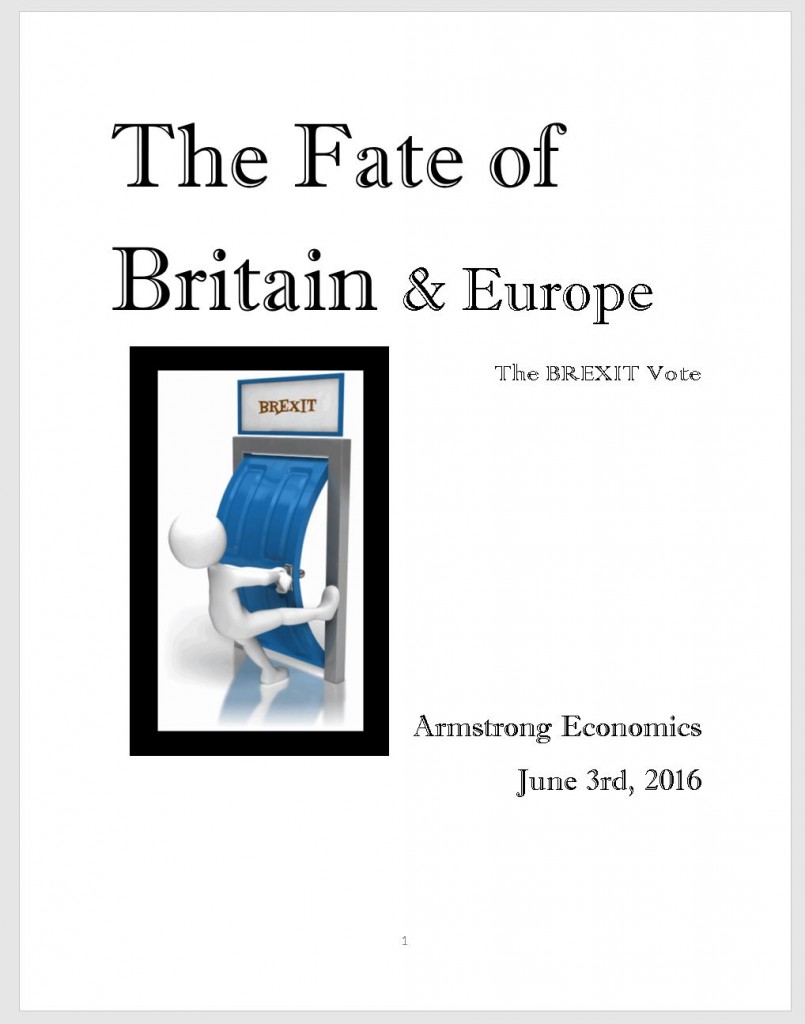 The propaganda to keep Britain in the EU is highly dangerous and an outright fraud upon the British people. On June 23, the people of Britain will decide whether to exit (BREXIT) the European Union. The outcome of this historic vote will determine Britain’s future. This is an incredibly important vote for it will determine the fate of, not just Britain, but Europe as a whole. 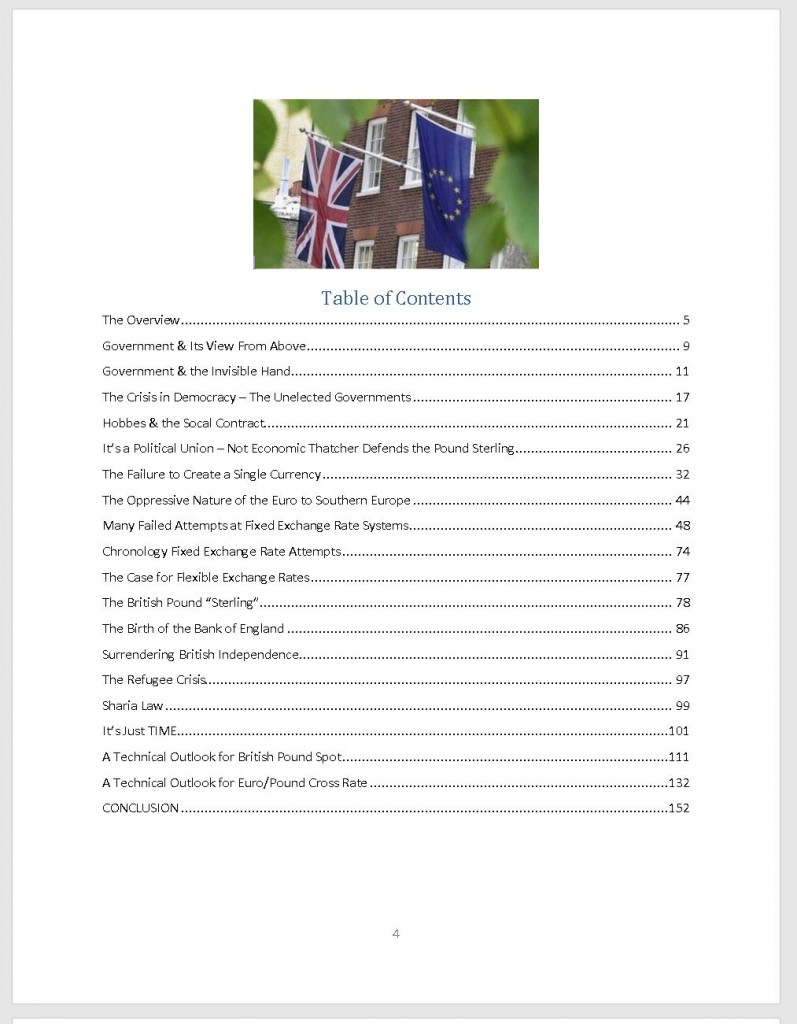 This special “BREXIT” report answers many of the questions surrounding the vote and explores the historical patterns that have a tremendous impact on where we go from here.

This vote will decide the fate of Britain and Europe, and will also directly impact the trend in global currencies that will impact the United States and the fate of the dollar.

The report covers Britain and its 309.6-year cycle as well as provide the forecast for the British pound and the euro/pound cross rates.