The Rising Trend of Anti-Establishment and Civil Unrest 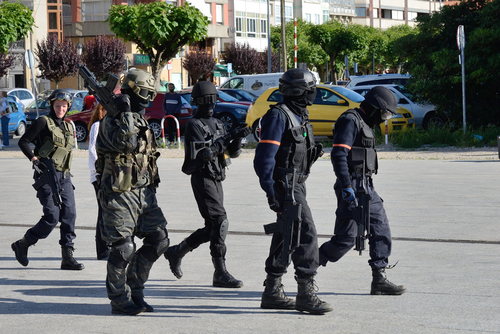 QUESTION: Mr. Armstrong; Your model on civil unrest and war seem to be rather amazing. The anti-establishment feeling is rising quite strong. Not sure what’s going on with Trump. It looks like the Republicans are still trying to prevent him from being the candidate. All the money is going to Hillary. Government is becoming very aggressive. It seems their police and military will turn against the people. Do you have anything showing this?

ANSWER: Every single government agency is arming itself. Even the IRS has AR-15 military-style rifles, and domestic agencies are armed to the teeth. In America, there are more domestic agents armed with weapons than there are Marines. There are more than 200,000 non-Defense Department federal officers authorized to make arrests and carry firearms. The federal government has tripled the number of agents carrying weapons to defend the government in the past 20 years. They know what is coming. They know the socialistic system they constructed is collapsing. Instead of reform, they are digging in their heels, prepared to plow down any domestic uprising. They have been staging military-like drills in U.S. cities against civil unrest. Obama imposed a “litmus test” on military leaders to ask if they would shoot civilians.

On the evening of Monday, August 18, 2014, the U.S. Army commenced military exercises in Minneapolis and St. Paul, Minnesota. MH-60 variant Black Hawk helicopters buzzed through the downtown and residential areas of the two Midwestern cities, as reported by CBS local news. This shocking event was actually a repeat of the August 2012 exercises we previously reported. The U.S. Special Operations Command conducted exercises until the beginning of September along with police from Minneapolis and St. Paul using helicopters, including Black Hawks.

They know what is coming. The establishment by no means wants to see Trump in the White House. His is not one of them and they fear he will side with the people and reform government, right down to the pervasive nepotism. We are in a battle with very high stakes.