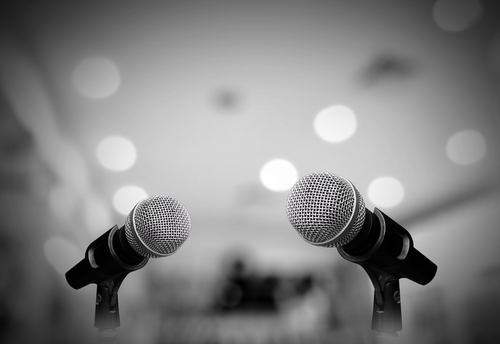 Well of course the press has made it known that their verdict on the first U.S. presidential debate is that Hillary Clinton “won”, yet Donald Trump didn’t lose badly enough to really change anything. Hillary avoided offering to produce her emails and Trump was playing Mr. Nice Guy while Hillary was negative and nasty. The roles did switch. When Trump said he would release his tax returns when she released her emails, Hillary ignored it and said Trump was hiding something.

Otherwise, it was a rather non-event with Hillary claiming “trickle down” economics failed and she will raise taxes on the rich, which she does not reveal as household income of $250,000 and not billionaires. She had no plan to cut taxes to bring back more than $2 trillion in cash corporate keep offshore. Economic growth increased with Reagan and has declined ever since raising taxes. She blames 2007 on trickle down when it was the Clintons who repealed Glass Steagall allowing the securitization of mortgages. Trump let that one go.

Hillary said students should get a better deal, and Trump missed the opportunity to point out it was the Clinton Administration that made student loans not dischargeable. There are cases where a student dies and the parents must still pay.

On the black community, Trump missed another fact. Hillary was talking about mandatory minimum sentences are harsh. Trump should have said it was the Clintons who imposed that law which has landed up to 40% of black males into prison at some point.

Hillary did win because Trump played Mr. Nice Guy. That was a mistake.