California Really is Out of Control 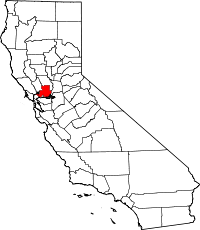 Some government employees should be simply thrown in prison for abusing their position and power. A prime example of this is an agent from the California department of alcoholic beverage control, who was driving an unmarked vehicle. The agent claimed that a driver named Schwab had cut her off and was driving erratically. She pulled him over on August 5th, 2015, and took him to jail and charged him with a misdemeanor driving under the influence of a drug 18 months AFTER the incident. Why? Because she was wrong and could not find anything. Clearly, this is an abuse of power case for the “drug” was caffeine. She should be terminated and charged with violating his civil rights.

She gave Schwab a breathalyzer test which showed a 0.00% blood alcohol level. He was booked any way into county jail and the agent had his blood drawn. Again the resulting toxicology report came back negative for everything from drugs to alcohol. She still was not satisfied and was abusing her power calling into question whether this was personal. The sample blood was then sent for a second opinion and she would not accept that she was wrong. The sole positive result was for caffeine.

Once the government does something, they are INCAPABLE of ever backing off or simply admit an error. They charged him anyway and he is now preparing to go to trial. How in the name of reason can these state agents get away with wasting taxpayer’s money for personal disputes? This should be immediate dismissal and they should have to pay all the expenses of the state in trying to prosecute someone who driving after drinking coffee.

California is getting really out of hand. This is a state that is going off the deep end, is outright broke, and is abusing its power to prosecute citizens for insane reasons all to get money.