Republican Tax Reform – What About the Deficit? 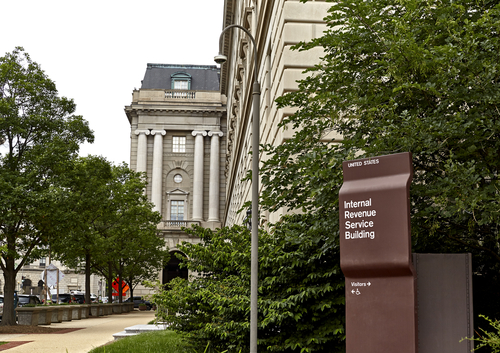 The Associated Press ran a story reporting: “Congressional Republicans are planning a massive overhaul of the nation’s tax system, a heavy political lift that could ultimately affect families at every income level and businesses of every size.” The interesting aspect is that the headline reads:

GOP: Cut taxes, change brackets; but what about deficits

There is zero discussion about constantly borrowing year after year. The presumption here is that governments can borrow all the time and someone will buy, even if negative, and the world will keep on going. They assume that this is OK and that deficits are all right as long as we fund them.

Absent from all of this basic assumption is the reality of history — whenever a government borrows, they ALWAYS default.

Most people are living in the past. Prior to 1971, the US government borrowed money but it did not create new money, as it could not be used for collateral to borrow against. In the 1960s, if you bought an E-bond, you could not go to the bank to borrow against it. You had to cash it out. Post-1971, you could buy T-Bills and use them as collateral to fund your trading. Debt has become money that pays interest.

The bulk of the “real” money supply is created through the velocity of money and borrowing. When a bank lends money, it is creating electronic money without printing. If you borrow $1,000 and they lend it to you by using $1,000 from someone else, then two people have accounts that say they each have $1,000 but the actual money created by government was still just $1,000.

Consequently, during the early days of the Roman Republic, public taxes consisted of modest assessments on property, which were primarily tangible assets that included slaves, land, homes, animals, personal items, and monetary wealth. The tax rate under normal circumstances was 1% and sometimes would rise as high as 3% during periods of war. Taxes could not be collected on personal income for there was a lack of a valid census.

Julius Caesar ordered the first real census that was conducted street by street. He knew there was much corruption with people on the welfare rolls who did not exist. Caesar ordered a census whereby the check each property and who was living where. The rolls were greatly reduced after knocking on every door to collect a census. About 80% of Rome was funded by taxes, and 20% of the annual budget, on average, was covered by new coinage. This did not produce 20% inflation.

Roman citizens were free from any direct taxation. Rome’s income came primarily from war indemnity, booty, mines, port duties, and rental of public lands. The provinces were subjected to tithes, which was one tenth of annual produce or earnings. In 187 BC, the Roman treasury refunded the taxes imposed during the Punic wars. Women were then declared tax-exempt in Rome. However, in just two years, by 169 BC, people had been avoiding taxes by putting property in their wife’s name. This led to legal reform when a man was not allowed to pass his property to a woman beyond 50% of his worth. After 167 BC, taxes were exempt if you lived in Rome itself. This contributed to Rome becoming the largest city in the world, which was not matched until London during the 19th century Victorian Era. 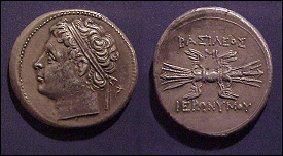 After the capture of Syracuse in 211 BC in Sicily during the Second Punic War, Rome adapted the tax system created by King Hiero that imposed a tithe on the agricultural produce of most Greek cities on the island. The reforms of Diocletian had eliminated the special tax-free status enjoyed by Rome.

There is little doubt that Rome funded its deficits by owning the mining resources, thereby enabling the creation of money to cover its expenses on about 20% of the budget on average. As resource dwindled, debasement began, but not aggressively until the Emperor Valerian was captured and enslaved by the Persians. That was a fundamental shock to the confidence of Rome and the people began to hoard significantly. This is also when Christianity took off for as people prayed to their gods. When no relief from barbarians took place, they turned in greater numbers to Christianity. The greatest period of Christian persecutions was during the 3rd century AD. It was the collapse in confidence that created the collapse in the monetary system. 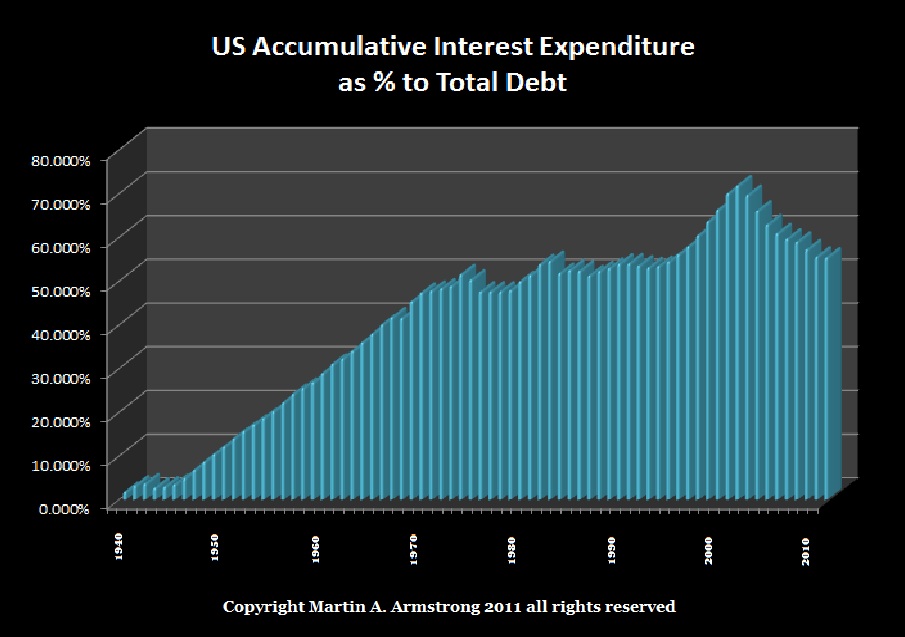 We are playing with fire if we think the deficits must be covered by borrowing more and more money that pays interest. It is time we review history closely. Stop the borrowing and monetize the deficit rather than pay interest and engage in quantitative easing that never makes it down to the people anyway. Up to 70% of the national debt has been accumulative interest which NEVER helped anyone but bondholders of which 50% have been non-Americans.

Government forces Social Security to be invested only in government debt, despite the acknowledgement that the rich get richer ONLY by investing, which government prohibits the average person from doing. Then we borrow their money and pay no interest, yet pretend to be magnanimous by handing them a refund check as if we were Santa Claus.