The United States will become Just the “States” 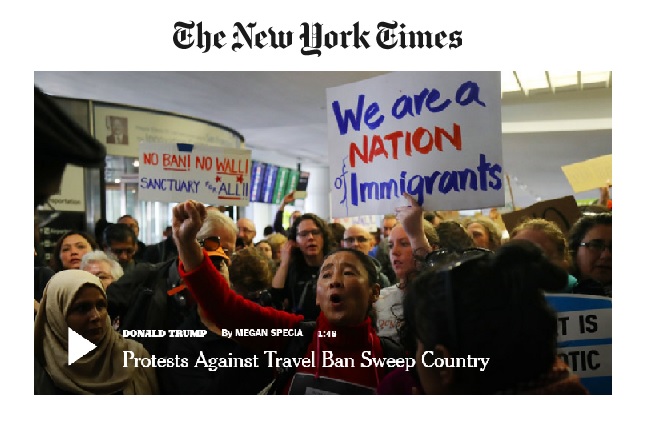 COMMENT: Marty; I believe you are right. We are headed into civil war and the Democrats and press are determined to overthrow the government. Trump’s ban on immigration was temporary until this can be investigated and proper procedures put in place. It is only a 120-day hold on allowing refugees into the country,  a 90-day bar on citizens from Iran, Iraq, Libya, Somalia, Sudan, Syria and Yemen, with an indefinite ban on refugees from Syria. This is reasonable. It is not permanent. I would round up everyone protesting, arrest them, and deport them to California, then kick California out of the union. They get their water and electricity from outside the state. They could never stand on their own.

REPLY: I agree. This is a temporary ban except on Syria. We cannot get on a plane without taking off our shoes and belts. They assume we are terrorists who cannot even have a bottle of water. Yet there should be open borders and no verification for people coming from these countries where terrorism is flourishing? Arresting all protesters and deporting them to California may be drastic and unconstitutional. It is getting very frustrating. These people and the press are way out of control. They will not be satisfied until it is no longer the “United States” and becomes just the “States.”

The difference between a Democrat and an Independent is stark. The former cannot sleep at night, worrying about what others are doing, while Independents could care less what Democrats do as long as they shut up and leave the rest alone. From that perspective, yes, it might come down to petitioning the country for it will be torn apart at the seams. There is no place left on Earth where socialists have not dominated governments. There is no freedom anymore. Unfortunately, our computer says the “United States” will break apart and you can see how the Democrats and press are determined to force their will upon the rest of the people who they call the “deplorables.”